True Blue music festival: What to expect at the event 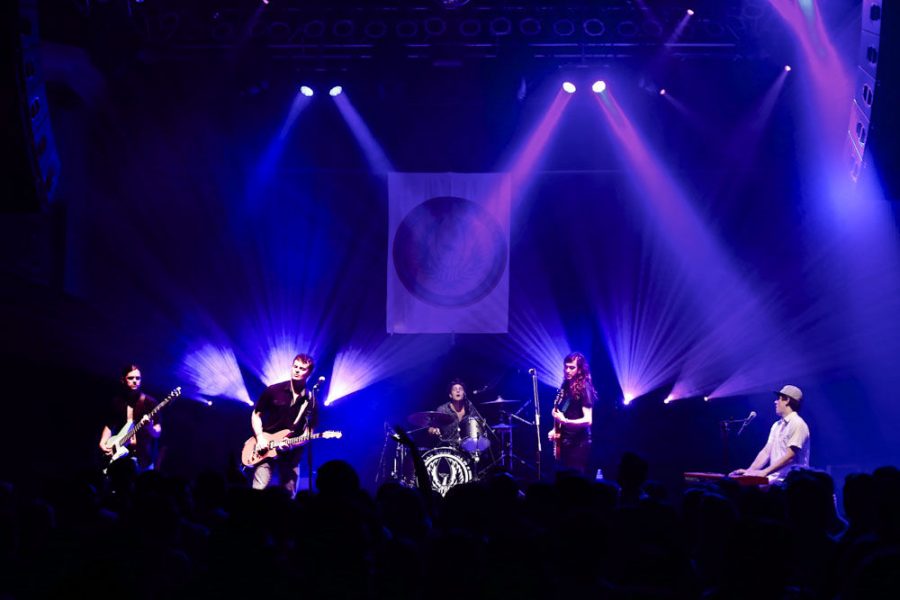 The True Blue Experience music festival is back and better than ever. After releasing the headliners for the music festival just last week, UPB’s lineup will feature Raury, CWillTooiLL, King M. Dot and Atlas road crew. The event will take place at the RAC fields tomorrow, at 6 p.m., where sponsors will be giving away food and t-shirts while you enjoy a wide array of music and more.

Raury, the headliner for the show, is a hip-hop and soul artist from Stone Mountain, Georgia. He began rapping at the age of eight and taught himself to play guitar by watching YouTube videos. Raury was not able to be reached for comment in regards to the upcoming performance, but Max Becker, bass player for Atlas Road Crew shared his excitement on this weekends event.

“Georgia Southern has always been really good to us, like the reception we get is just awesome down there. The kids really enjoy our music and we enjoy their enthusiasm,” Becker said.

Atlas Road Crew is a band consisting of five men that met while attending the University of South Carolina. The five members decided to form a band on a whim after being bored during the summer of 2011. Their goal was to just have fun during their last year of college and make some money on the side by playing for their friends.

With no real plan for the future, they decided to continue on their musical journey as long as they were having fun and progressing. Now, six years later, the band has built quite the fan base as they’ve traveled across the nation and even to Europe.

Starting out as a cover band, they now write original songs. After meeting notable performers who helped them with their sound like songwriter Mark Bryan from Hootie and the blowfish, the band has learned to improve their sound along their journey.

Along with perfecting their sound, the band is always working on ways to make their show better by trying to make sure no two shows are the same. Becker felt it is hard to describe their sound because there are five members that collaborate with the songwriting and music making creates a unique sound.

“The majority of our growth as individual musicians has been alongside the four other members of the band so we are growing together as one unit as opposed to five separate individuals coming together to make a band,” Becker said.

Songs on the album range from southern rock and blues rock to songs that have and alternative feel which can be compared to the Red Hot Chili Peppers. When asked about who their inspiration as an artist would be, Becker said the Kings of Leon and the Rolling Stones but the most common reference they receive is The Black Crowes.

Becker felt the best compliment he has ever received was when touring in California when a fan came up and said they are a mix of Widespread Panic and Pearl Jam.

The band is currently working on a new album but when it comes to crafting the release they are making sure they take their time to put together the best songs that cohesively fit together before releasing their second album.

“It’s not only just for us, but seeing the reaction of the crowd and seeing what we can do makes other people happy is really a great feeling. Just the fact that I can do what I love and travel with my four best friends around the country and to Europe and get paid to do it is just all I’ve ever really wanted,” Becker said.

For something that started out as just a side gig for fun, the band has made this into a professional career.

Christian Williams, winner of the True Blue music contest in which Georgia Southern students voted on is ready to take center stage tomorrow under his rap name, CWillTooiLL. The rapper from Wepumpka, Alabama is looking forward to the opportunity to perform in front of a huge crowd while meeting and networking with the other performers and getting his name out to the public.

“I feel like me, being a rapper, is almost like being an uncooked steak. You know how you want it done but you have to put yourself out there on that plate and let people pick at you until you get where you’re going and once you’re cooked and finally made, that’s when people realize how good you are,” Williams stated.

Williams said he has been working on his 30-minute set every day for the past week and a half preparing for the event. Of the eight songs he will be performing, four of them will be songs that have never been released to the public before and his favorite will be song performance number four, “Ashamed”. Williams explained that he was going through a lot when he wrote the song and in it he highlights himself, his mother, and the struggles of being an individual in the world right now.

CWillTooiLL covers many different topics that have occurred over the last year and a half through the power of music. He believes sharing stories with the public is important while also talking about his personal experiences because the audience can relate.

He plans to use the time between songs to explain the meaning behind each piece to the crowd because telling a story from two different angles, first by talking about it and then rapping about it, helps convey the emotion behind it.

“It’s like a narration. People can hear words and not really apply them to themselves, but if I can explain to you how I was feeling when I wrote this song or why I wrote this song, than maybe you can feel some kind of connection to it,” Williams said.

The event will take place in the RAC Fields and it’s expected to start at 6 p.m.