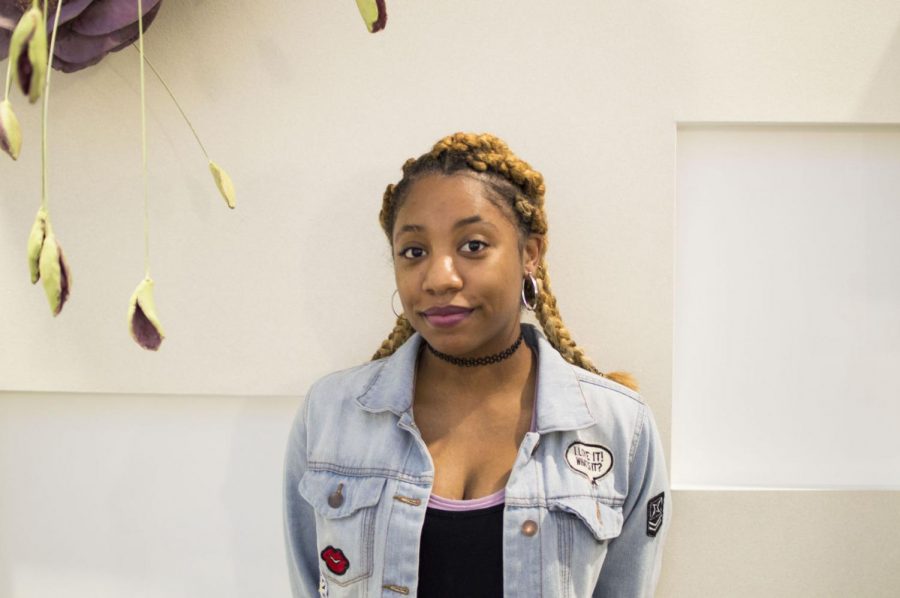 Three Georgia Southern seniors are getting to live out their passion of directing during An Evening of One Acts in the Center for Art and Theatre.

Chatise Smith, graduate assistant to the Theatre department, is part of an advanced directing class, said each student will get to showcase their talents by directing a play that they chose themselves.

The night will also be filled with a few words from the faculty about the student’s progress. Smith said that each of the plays is a “good reflection of each student’s personality.”

Smith’s main job is to get students interested in seeing the different plays available at Georgia Southern. There will be two showings of the plays on March 9 and 10 at 7:30 p.m. in the Black Box theatre in the Center for Art and Theatre, and there is no admission to attend.

Senior multimedia film production major Kelsey Poole is directing “Stop Kiss”, an act about two friends navigating the curves and surprises of falling in love with each other.

Q: Where did your passion for theatre start?

A: “It started when I first got to GSU, I went to an academic school. Didn’t have any theatre, no arts, no drama, no music nothing like that. I saw Nick Newell’s production of Government Inspector. It was hilarious and there was music and dancing and I didn’t realize theatre was more than Shakespeare.”

Q: What has your involvement in the theatre department been like since you came to GS?

A: “It’s been pretty heavy. I started as an actor here, but I was already directing film in my major. And Lisa Abbott was like ‘come and take some directing classes’ so I took her directing course and the thing is if you do well in the directing class you’re asked to be in the advanced directing class. You can’t just sign up for it. Other than that I have been acting and directing.”

Q: What was your reaction to when your professor said ‘I want you to direct a One Night Act’?

A: Oh man. I was so excited. I took the directing class just so I could do well so that I could be asked to be in the advanced directing class. The process so far has been, its been pretty hard but its been really exciting. We got to pick our own shows.

Q: How did you come about picking this script?

A: “I wanted a show that was very specific about diversity and representation, and this one is a story of two friends falling in love and they are very confused about it because they date men. Its very specific that the cast has to be diverse. It’s written right in the front of the play. So I knew this was the right one.”

A: I love being able to put something on stage that could mean something to someone. That sounds so cliché, but its true.

Q: How do you feel about opening night?

A: This was a lovely show to put up. It was tough but Im really excited for people to see it.

Senior writing and linguistics/theater major Laurianne Cull is directing “Desperately Seeking Love”, an act which depicts the humorous journey of six different people while they search for love.

Q: Where did your passion for theatre start?

A: I guess I started out as a kid because my dad played show tunes in the car 24/7. I knew all the words to Les Miserables before my ABCs. Just kind of parents taking me to shows, I live in Atlanta so constantly going to the Fox Theatre and the Alliance Theatre and just growing up around that. Started with church plays and middle school, high school and so on it just kept going.”

Q: What has your involvement in the theatre department been like since you came to GS?

A: I started out actually acting. After that I started getting more into play writing and then just two semesters ago I took a directing class and it was one of those things I didn’t realize that I’d kind of already been directing just on my own as an actor without realizing it. I think I just kind of picked up on it really quick. It was one of those things like as soon as you started doing it you realize that that’s the thing you need to do, and I just kind of fell in love with directing immediately.

Q: Tell me how it felt when your professor said ‘I want you to direct a One Night Act’?

A: I kept putting it off honestly, choosing a one act, just because theres a million scripts. She (Lisa Abbott) has told me for while now that I’ve had a knack for comedy. I kind of wasn’t sure if I wanted to stick with comedy or if I wanted to try my hand at something more serious, or maybe just a diferent comedic style.”

Q: How did you come about picking this script?

A: “”Desperately Seeking Love” is a comedy that’s very different than the last one [play] i did. The last one was very over-the top but this one is much more “every day” and i think people can find it relatable.”

Q: What was your favorite part about directing?

A: It is just kind of great to be able to start with just a script, and you read the script and your start getting ideas and making notes, and then just kind of watching it form into a full-fledged production. And the fact that you can look at a costume and be like ‘yeah I had to go to a thrift shop at two in the morning and pick that up’. Or certain times someone will have a line that they’ve missed five times and they finally get that line right and you’re just like ‘yay’ and you know that you’re the one that pushed them to get there.

Q: How are you feeling about opening night?

A: Terrified. I am excited, I think I have a really, really good cast.