Softball looks to get back on track in the Eagle Classic 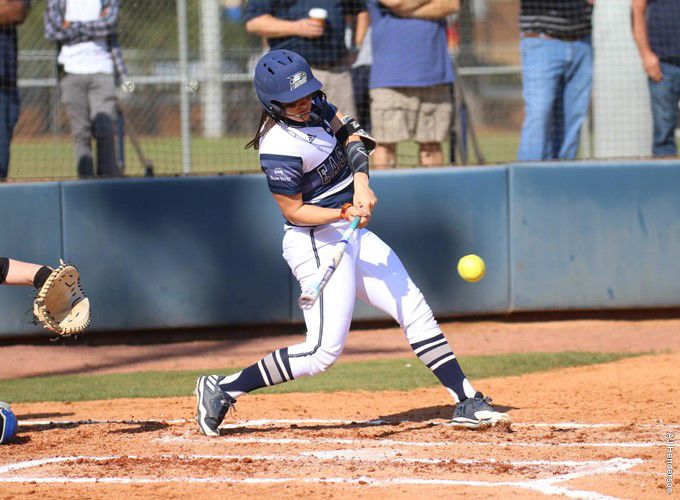 After back to back weekends of tournaments on the road, the softball team comes home to Eagle Field to compete in the 2017 Eagle Classic.

Their weekend will open up Friday night at 5:30 playing a 3-7 Eastern Kentucky team which hasn’t found much success in its first two tournaments. The Colonels shouldn’t be taken lightly, however, as five of their losses were decided by three runs or fewer.

Probably the best team the Eagles will face all weekend awaits them Saturday at 3:30 as they take on Marshall. This 9-4 Conference USA team comes from the same conference as MTSU who easily took care of Georgia Southern earlier in the season. It’s also quite impressive of the Thundering Herd to have three-quarters of their losses to ACC team UNC and Florida State.

Following the game against Marshall, Georgia Southern will take on the South Carolina State Bulldogs at 5:30. The Bulldogs have yet to pick up a win this season as they have lost all 13 games in blowout fashion, but any given Saturday, the underdog can win.

The final day of the Eagle Classic for the home team begins against Delaware State. The Hornets’ young season hasn’t started off the way they probably hoped, as they’ve gone 0-4 thus far. But with not a lot of background on this team, there are still questions surrounding this MEAC team.

The tournament concludes with the Eagles playing the 5-9 Presbyterian Blue Hose. Though their record isn’t good, it is skewed as four of those losses came from SEC powerhouses Georgia and South Carolina.

Many of these games are winnable for Georgia Southern. This tournament should be a good test to see where the team is before conference play begins the following week. Be sure to follow Georgia Southern Softball on Twitter for any time changes and score updates.