When sweet meets the savory: Local chefs, restaurants and businesses team up 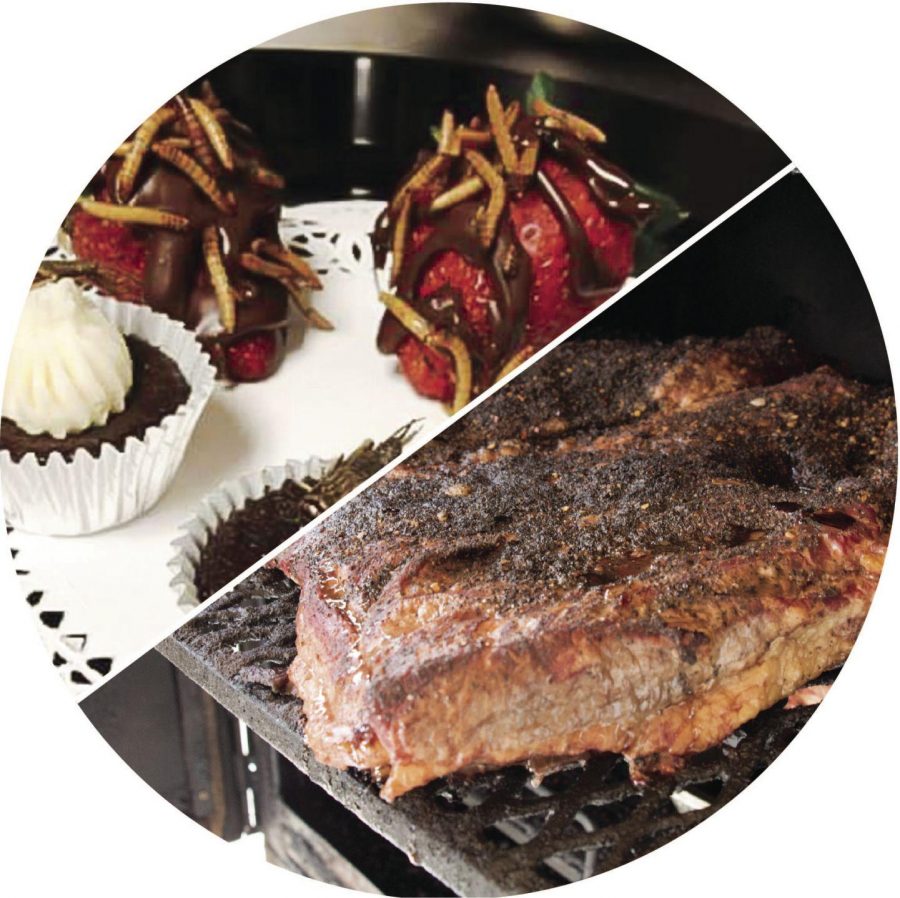 Statesboro has seen an influx of privately-owned businesses over the past couple of years. Now, some of those same businesses are joining forces to offer each other’s products.

Chad Montgomery, owner of 4&20 Bakers, and Travis Phillips, owner of The Painted Chef, have been working the past few months to serve each other’s and other businesses’ products.

“He’s contracted me out to do the lunch one to two days a week, so I will be providing him barbecue, brisket, ribs or whatever to serve off of his food truck,” Phillips said.

Montgomery feels like he can provide better customer service by being more of a one-stop shop. He has used this partnership to his advantage by securing a contract with East Georgia State College in Statesboro to provide food for the campus.

“They thought that I would be a good fit with coffee and desserts. So when they heard about sausage gravy and biscuits, they were really interested,” Montgomery said. “And then when I said I could do lunch featuring Vandy’s, Holiday’s and the Painted Chef, they were like ‘This is perfect. Let’s do it.’”

He hopes that with Gateway Plaza and Briggs and Stratton nearby, he will also get business from outside the school.

“I want to be that example, because when you buy from local businesses, you support your community…our money stays here, if you look at it that way,” Montgomery added.

Montgomery has also been gearing up for the hard premiere of his cricket flour at the GS Nutrition Fair.

The flour is 100 percent cricket. It may sound like an unusual ingredient choice for a pastry chef. However, Montgomery claimed the flour was easier for people to accept at the Taste of Statesboro event because they had already heard about it through things like the cricket bar on the “Shark Tank” television show.

“People who have more of a global awareness know people in other countries eat insects and basically, there’s two benefits. One, it has high protein. Two, it’s so sustainable,” Montgomery said.

The cricket flour pays off financially and environmentally because of the minimal resources it requires.

Additionally, Montgomery will be providing desserts at the True Blue Music Festival on March 31. He will let festival attendees sample desserts at no cost to the attendees.

Travis Phillips recently expanded The Painted Chef from its spot in Register, Georgia, to the kitchen of Eagle Creek Brewery in Downtown Statesboro.

Phillips also wants to open up lunch service during the week at the brewery. Currently, The Painted Chef only serves dinner there from Wednesday to Sunday.

He plans for the lunch options to be blue plate specials, where customers have a couple of different meal options each day.

“It’ll be something that’s easy to prepare and can be brought out to your table in five minutes…it’ll be fast downtown service,” Phillips said.

Phillips is offering a twist on classic brewpub foods at Eagle Creek. One of the foods he is offering is called the Eagle’s Nest.

He is also working with other small businesses like Montgomery. He gets his sausage from the Hunter Cattle Company based out of Stilson, Georgia.

“They made a sausage for us using our beer, which is Pale Ale, and used bleu cheese in it…it’s called a Statesboro Blue,” Phillips said.

As Phillips continues to expand food operations at Eagle Creek, he is relying on his employee Frank Lloyd to cover cooking at the brewery.

Lloyd has a background in the restaurant business from his time in Philadelphia and has worked for Phillips ever since he opened the Register restaurant this past August.

Phillips said, “[Lloyd] just being here…I couldn’t do any of this without him.”

Worms you buy to feed bearded dragons and small reptiles

On top of cupcakes

Variety of flavors based on what’s blooming