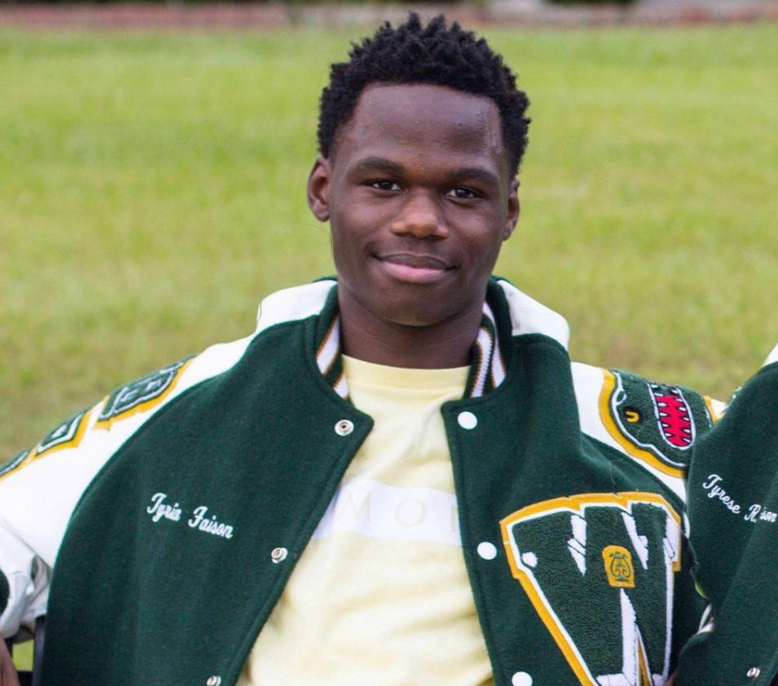 Tyris Faison was like a brother to me. He was my best friend and roommate at Georgia Southern. I knew him since the third grade. His twin brother Tyrese rounded out our hometown trio from Waycross, GA. As I write this, I struggle with the words to describe how it feels to lose my best friend in what was supposed to be the best years of our life.  No one prepares you for this. It doesn’t help that this happened during the Coronavirus pandemic. I’m writing to help others deal with loss in the time of this deadly disease and to honor a life cut too short.

Tyris was loved by so many. Quiet and shy, he stayed to himself but would open up once you got to know him. He wanted to travel and see the world. He was the group photographer among our mutual friends. He loved taking photos of things that interested him and was always taking videos and photos of our friends who became our family. He could sing even though he didn’t want to admit it. As a talented trumpet player, he amazed his band mates by holding a note longer than anyone else could.

He was gifted at learning new languages. He taught himself Spanish by using an app and by chatting with online friends since middle school. It was so amazing to us that this guy literally could speak Spanish and understand it. He had such a way with words that made him sound intelligent and profound.

Band was the common denominator throughout our lives.We first joined band together in middle school, but it wasn’t until we joined in high school that we became close. We weren’t just joining a school organization; we became a part of a family. We did it all, we made memories, hung out, talked, and celebrated every win and highlight that marching band and high school could have given us together. Looking back on these memories brings a melancholy smile to my face.

After graduation, the twins went to Georgia Southern and I chose to stay closer to home for my freshman year to attend South Georgia State College. Through all of this I was still able to remain close to Tyris. My favorite memories of his freshman year were going to a football game at both Clemson and Athens and a Travis Scott concert that he loved.

It wasn’t until I transferred to Georgia Southern as a sophomore this year that we really got to talk and lean on each other while struggling to deal with life and college. Tyris wanted to do so much in life and had so many goals planned out. I only wished at times I would’ve been there more for him. We talked, but as a transfer student, I wasn’t really prepared for the transition to a bigger school and it had taken a mental toll on me as well.

On the night he was struck by a car, I was just hoping and thinking that he was going to heal and be ok. Then a week later the Coronavirus pandemic shut our campus down.  In the span of a few days, our college life was upended. Everything got moved online. I couldn’t even visit him at the hospital like I wanted. Life at home was no better. I had to help take care of my ailing grandfather.

During all that time, I would call his brother Tyrese for updates. Still, I had no thought in my head about what could have happened if he didn’t get better. Three days before his passing, Tyrese called to say his brother wasn’t doing well. I was worried and scared but still the thought of him leaving us never even crossed my mind. Around 5’o’clock on April 8, I got a call from Tyrese that Tyris had passed away while I was doing schoolwork on my computer at home.  Shell-shocked, I just couldn’t even process it.

No one prepares you for this type of heartbreaking loss during college. I didn’t know what to do next. Do I tell my college professors or advisors? I just wanted to continue to do work to keep myself busy. I don’t know if that was healthy or not. I don’t even know if that’s grieving or not. But I do know that during all this my family and my friends have been there for me.

Tyris was asleep for a month before he passed. I feel like that month that he had in the hospital wasn’t just him sleeping the whole time. I would like to believe that he was making peace with God and talking to him about getting ready to go to Heaven. He could have passed shortly after being hit but he was given a month to perhaps not heal physically but heal spiritually inside.

Like most college students, I haven’t really dealt with a death of someone close to me like this before, especially now with a major national health crisis. As a result of the strict social distancing rules, I couldn’t even be close to him during his funeral. I have since visited his grave a couple more times with a close friend just to sit there and talk and reminisce about Tyris and I think it helped us both.

Tyris will be missed by everyone he impacted, especially by his twin, Tyrese. At this time, it is still too raw and emotional for him to talk about. I can only imagine his twin brother’s pain at this time. My only consolation is knowing that he is surrounded by friends who can voice what he does not have the strength to say yet. I know he is still here with us always and his memory will live on forever. I know he is up above watching us grow to who we’ll be and become. For me, the future is still very unclear.

I’ve only been back to Statesboro once since the pandemic and that was to get my belongings from our apartment we shared. It was a bittersweet feeling knowing that my best friend would no longer be on this journey with me. I know whatever happens we’ll be stronger together and that I’ll have my family and friends by my side no matter what.

Tyris Faison was a sophomore with plans to have majored in Music and Spanish. He was from Waycross, Ga.

Javon Huynh is currently a sophomore majoring in Middle Grade Education and is from Waycross, Ga.