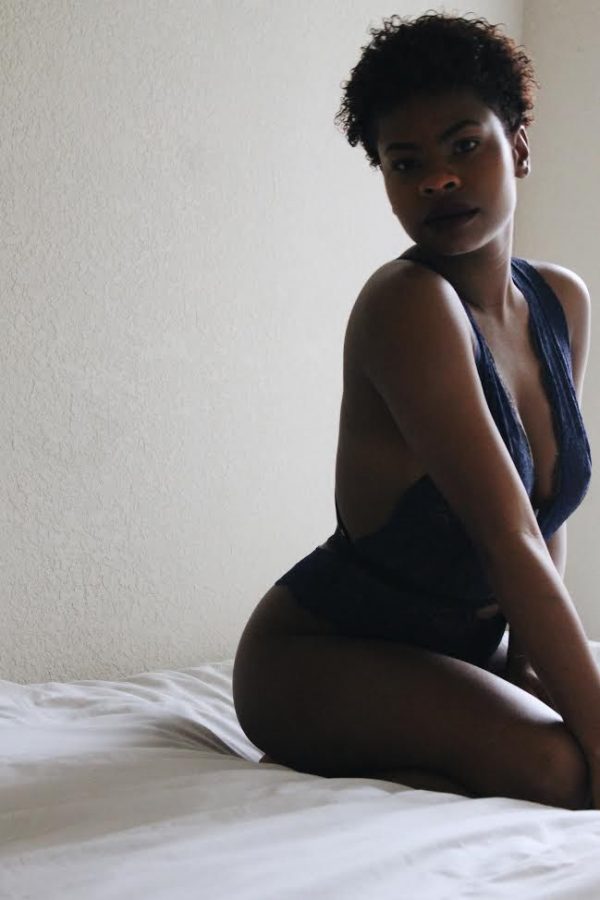 The show goes along with a photo shoot conducted by Ricky Jones, president of Visage and senior merchandising and apparel major, and Jalen Collins, freshman undeclared major and model and photographer for visage.

“With the photo shoots that we do, we try to use every model, whatever they look like, however much they weigh, it doesn’t really matter just as long as the final product is beautiful, that’s our main goal,” Collins said.

Visage was created three years ago by Morgan Tatum. The organization has more than 150 members, divided into a model troupe, glam squad and PR agency. The executive board is made up of about 24 students who play a major role in the group and their events around campus. The organization also has four major values: body positivity, comradery, fashion by all means and professionalism.

“Visage is open to all students on the campus of Georgia Southern, and pretty much what we do is work on the advancement of fashion through styling, design, hair, makeup, modeling and anything under the umbrella of fashion,” Jones said.

The organization hosts four big events each year. They include The Style-off, Underground Exposure, Language of Lingerie, and big final show at the end of the spring semester.

For the future, Visage wants to include more scouting on campus and more pop-up modeling opportunities. They also want to grow the presence on campus by working with more organizations and getting more students involved.

“This year we have really tried to innovate and cultivate our events to make them more friendly to everybody and to get more people to come,” Jones said.

The other student organization involved in the show is the Dyverzion dance team.

Dyverzion has been a dance team here on campus since 1996. They have participated in various events and hosted flash mobs around campus. The group currently consists of 24 members. They will have their big show “Lit Since 96” later this semester.

This year’s Language of Lingerie show is the Lavish’d Love Story, a show with seven students and their thoughts on what love is. The show will have poetry, live music and other performances and is scheduled for Feb. 24 in the Russell Union Ballroom at 6:30.