Women’s Basketball wins one of two in Arkansas 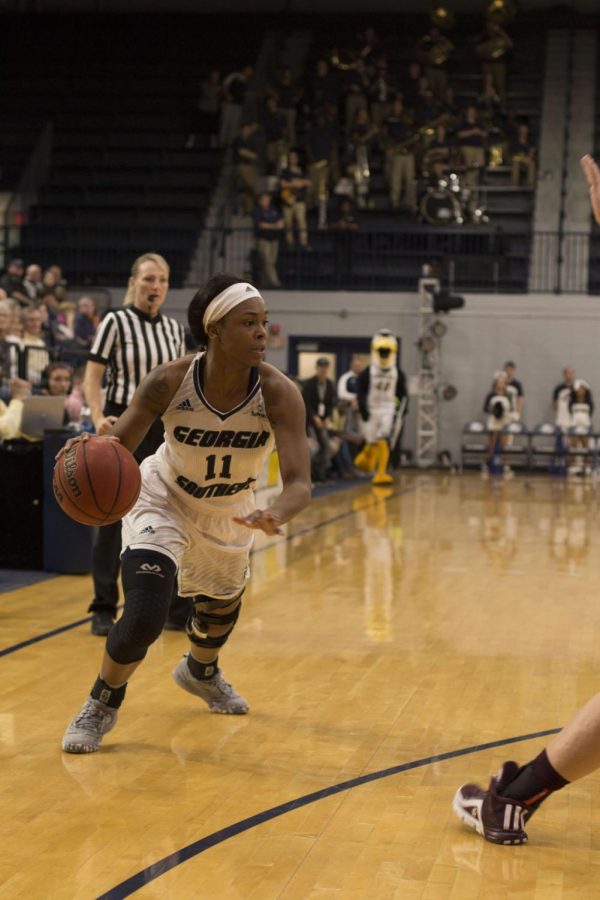 Georgia Southern (13-15, 9-8) shot 37 percent from the field against the Little Rock Trojans (21-7, 15-1) in route to a season-low 41 points scored. Senior guard Angel McGowan scored 21 points for the Eagles, but no other GS player had more than six points in the game. The Eagles turned the ball over 19 times in the loss.

Senior guard Sharde’ Collins scored 24 points to lead all scorers, and two other players scored in double figures for Little Rock. Senior forward Kaitlyn Pratt had 17 points and a team-high nine rebounds for the Trojans, while sophomore forward Ronjanae DeGray added 12 points for UALR. With the win, the Trojans stretched their Sun Belt lead to three games over second-place UT-Arlington.

On Saturday, the Eagles beat the Red Wolves, 84-76, behind 28 points and seven rebounds from senior forward Patrice Butler.

McGowan had another big game for GS with 20 points and seven rebounds, and freshman guard Alexis Brown added 15 points for the Eagles. The Eagles made 11 three-pointers in the game, and they shot a remarkable 17-of-18 from the foul line. They also significantly outrebounded ASU, 39-29.