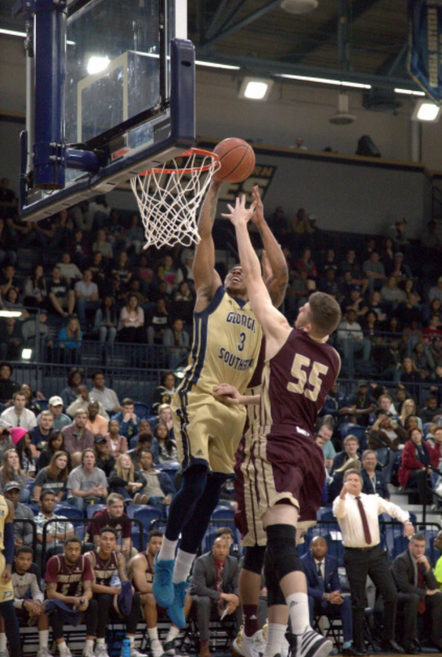 The Georgia Southern men’s basketball team (17-10) go up against the University of Texas-Arlington Mavericks (20-6) tonight. This is a critical game for both teams as they fight for first place in the Sun Belt.

The Eagles have won their last nine home games this season for a combined 10-1 record, but the Mavericks will be one of the toughest tests for the Eagles. The Mavericks have won four straight games including a win at home against Arkansas State, who are currently ranked second in the Sun Belt.

The margin for error for the Eagles is slim as they have won their last two home games by a combined score of seven points. If they plan to beat the Mavericks they need to get more production from forwards. In the last seven games only one forward has scored at least 10 points for the game. The Eagles are 3-4 in those past games.

The Eagles play for first place against the Mavericks tonight in Hanner Fieldhouse at 7 p.m.