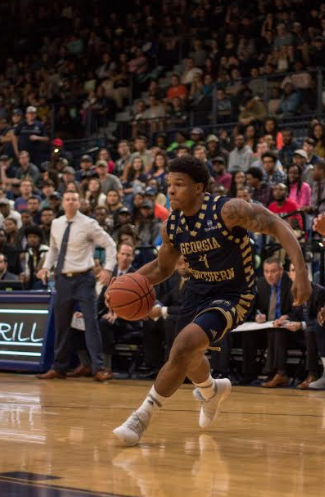 The Georgia Southern men’s basketball team (16-8) beat Louisiana-Lafayette (14-10) 74-70 in a tough conference game that with down to their final minutes.

The Eagles pulled out a late victory at home, sweeping all Louisiana teams in conference play. Junior guard Mike Hughes’s three-pointer with two minutes left in the game gave the Eagles a lead they never relinquished to go up 68-66.

Hughes led all scorers with 20 points with sophomore guard Ike Smith in a close second with 18 points. Hughes stepped up as a leader of the team to help the Eagles secure the win as sophomore guard Tookie Brown struggled from the field going 3-17 shooting with 11 points.

The Ragin’ Cajuns could not hold on to beat the Eagles on the road, even with the help of freshman forward Justin Miller and senior guard Jay Wright, who each scored 18 and 17 points respectively.

The win has the Eagles still tied for first place in the conference and has brought the Ragin’ Cajuns down to ninth in conference play.

With seven games remaining for the season, the Eagles go on the road to play Coastal Carolina next this Saturday.