More Than Just A Festival: Regional Theater Festival Comes to GS for the First Time 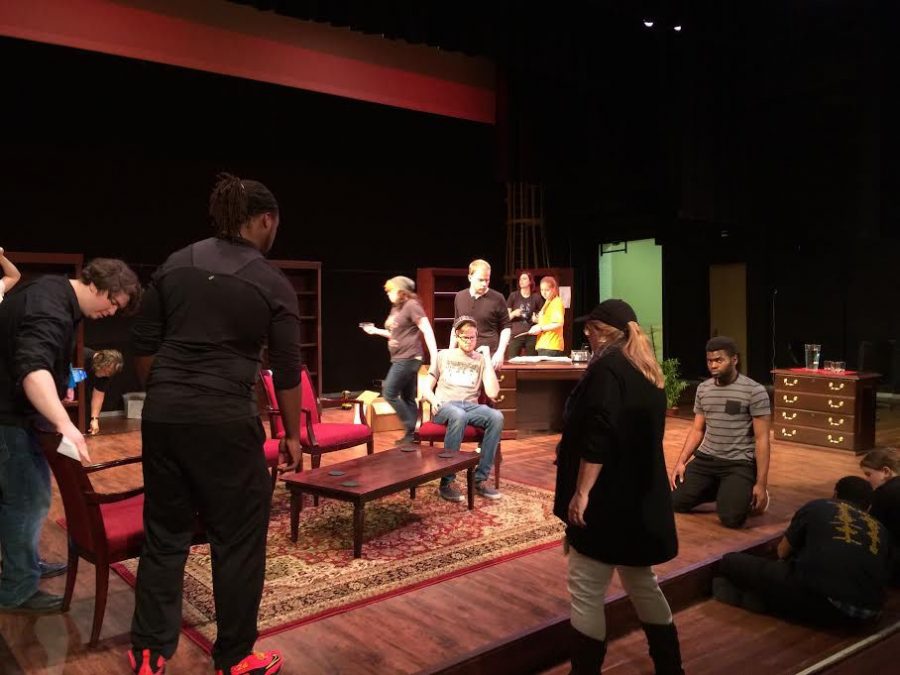 For those of you unfamiliar with the world of theater and drama, it is quite chaotic and equally demanding. The Georgia Southern Center for Art and Theater proves that in the constant content they produce from showcases to events to productions and everything in between.

One specific event the CAT is preparing for is the Kennedy Center American College Theater Festival which will be hosted here at GS for the first time ever. The event, which will start Tuesday, Feb. 8 will go on until Saturday Feb. 11.

What is the KCACTF?

“The KCACTF is a national organization based in the Kennedy Center in Washington, D.C. who’s mission is to support college and university theater and the development of new artists,” Lisa Abbott, associate chair for the department of communication arts said.

Those who win the competitions at the KCACTF move on to compete in the national festival in Washington, D.C. where they will compete once again for scholarships and internships.

For those four days, the GS campus will be flooded with close to one thousand drama and theater students from universities all around the Southeast who will be attending various workshops, lectures and productions from our theater department and other universities’ theater departments alike.

“It [the festival] covers every aspect of theater you could think of…it’s all about student development and networking,” Abbott said.

Not only is the KCACTF an event for GS theater students to network and learn from, but they will be active in managing the even as a whole.

“Hosting [the KCACTF] is a whole ‘nother level of student activity. not only will they [GS theater students] be participating, but they will be incredibly actively engaged in monitoring the festival as well,” Abbott said.

The Competitive side of Theater

Its not just fun and games at the KCACTF. The students that have been nominated, from GS and other universities alike, will be competing throughout the duration of the festival to win a chance to compete in D.C. and each divisions competition is different, but fierce nonetheless.

“This festival is [theater students’] opportunity to show off their creative works to national respondents,” Abbott said.

Actors nominated to compete during the KCACTF will be competing for a renowned scholarship within the theater world known as the Irene Ryan Scholarship, which grants the winner a scholarship to pursue further education for the art of acting.

The nominees must compete in a three-part competition wherein they must perform a scene in front of a select group of judges who decide if said nominees qualify to continue to compete. After winning three rounds of nerve-wracking on the spot performances, the winner will move on to compete for the scholarship in D.C.

Those nominated for design in theater, whether it be set design, clothing design and everything in between, have to present their works to esteemed designers in the theater world and explain the process behind their designs and why they decided to create the designs that they did.

Nominated directors will be competing for a scholarship known as the Society of Stage Directors and Choreographers, where said nominees are given a scene in advance and must prepare the scene to be performed in front of a panel of judges. This competition, much like the Irene Ryan Scholarship competition, requires the nominated directors to direct their scenes through three rounds of judgement.

Dramaturgs and stage managers must compose collections of research and notes from their works on previous productions and present them to interviewers in one on one interviews about their processes and what they have accomplished during their time in theater work.

Nominated writers are required to attend workshops but also attend the performances that will occur during the festival and write about them on the spot, then the writers must post their works on Facebook and on the KCACTF website where their works will be judged immediately after submission.

If interested in attending the KCACTF, one has to pay to register online at www.KCACTF4.org

Abbott said, “It’s really exciting and it’s such a positive payoff for drama and theater students.”