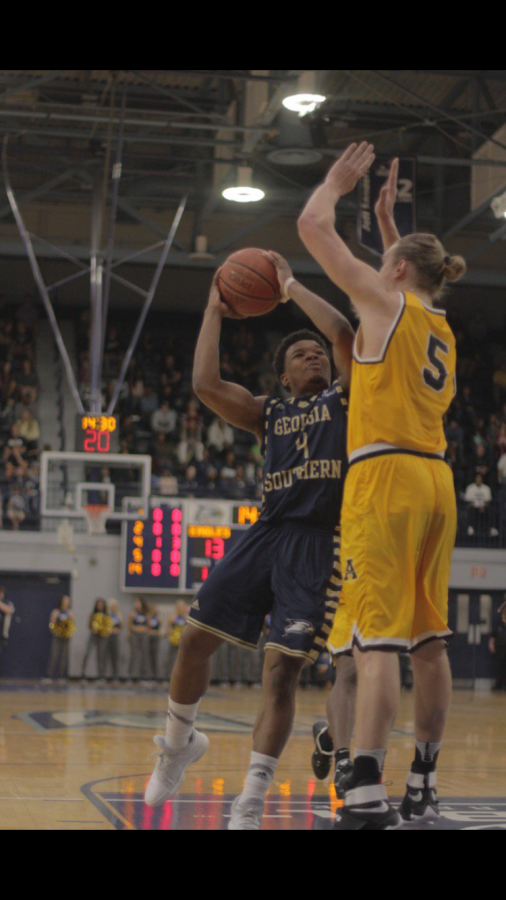 The Georgia Southern University men’s basketball team (14-8) returns home to play against Louisiana-Monroe (7-15) after a hard weekend in Alabama. The Eagles lost to South Alabama and Troy, turning the conference into a three-way tie for first after starting conference play 7-0.

The Eagles didn’t play well on this road last weekend after getting dominated in the second half against South Alabama and failing their comeback attempt on Troy. In both games neither sophomores Ike Smith or Tookie Brown scored 15 points in both contests.

The losses last weekend may have been the wake up call the Eagles needed to finish out the season. They are considered the favorite in most of their Sun Belt games, but have not been able to take care of teams until the end of the game. Having these losses shows them they can’t afford to play down to any teams in conference or have bad starts they can’t come back from.

The ULM Warhawks won in their last game, their only conference win, but they have the ability to hang around with teams until the very end. Winning their last game will give the Warhawks confidence for their game against the Eagles.

In their last match-up with GS, they lost by two points at home, so the Eagles know they have to be prepared in the rematch. The Eagles will have to key on junior guards Marvin Jean-Pierre who scored 18 points in the last match-up and Sam McDaniel, the Warhawks leading scorer and second leading rebounder averaging 12.4 points and 7.5 rebounds per game.

The Eagles will need their back-court trio of Smith, Brown and junior Mike Hughes to step up in this game if they want to get back on track. They play this Saturday at 5 p.m.