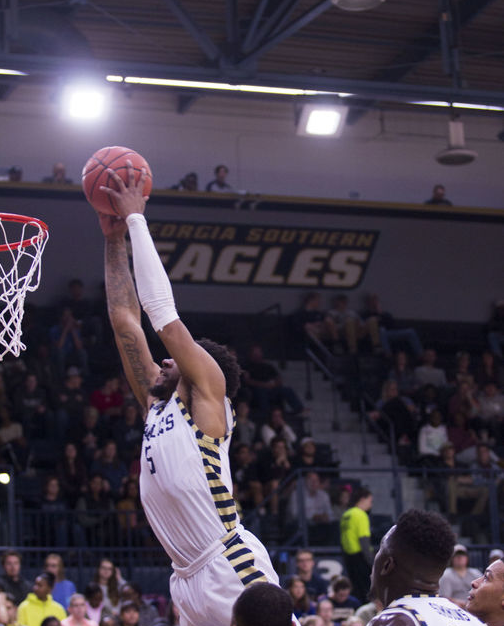 The Eagles are considered the favorites. They’re 7-1 in Hanner Fieldhouse and undefeated in conference play. The Mountaineers, on the other hand, have only one conference win so far this season, but they aim to upset the Eagles on the road.

The Eagles are led by their back court trio of sophomores Ike Smith, Tookie Brown and Mike Hughes. Smith leads the Sun Belt in scoring with 19.6 points, with Brown in second with 17.5 points and fourth in assists with 4.3 per game. If this trend continues, it’ll be the first time two Eagles lead the conference in scoring in program history. Hughes in currently ranked 22nd in points per game with 10.7, but he is essential in rallying the team when he’s needed the most.

If the Eagles want to beat App State, they have to play their game like they’ve been doing on their six-game win streak. They can’t allow the pressure of being number one in the conference and undefeated to distract them from the game.

A key player the Eagles will have to key in on is sophomore guard Ronshad Shabazz. Shabazz is sixth in the Sun Belt in scoring with 15.7 points per game and eighth in three point field goals made with 34. Stopping him from making key plays could give the Eagles a tighter grip on the game.

The Eagles won both games played against App State last year winning by one point in the first match-up and by 25 points when the Eagles played at home.

They play this Saturday in Hanner Fieldhouse at 5 p.m.