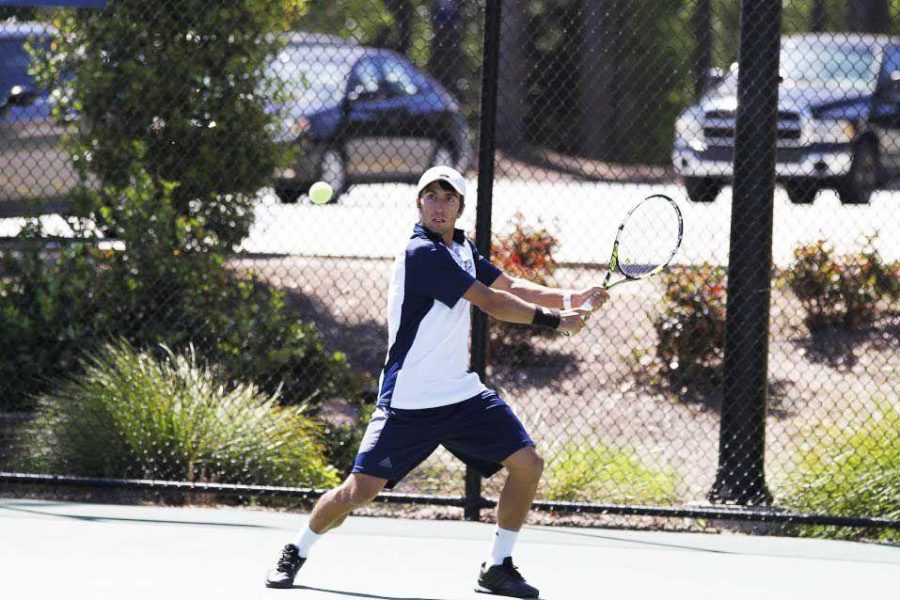 The men’s team won both matches on Saturday’s doubleheader, 6-1, losing just one single’s point in each match.

The women beat Alabama State 5-2 on Saturday, and they edged SCAD 4-3 on Sunday.

The men’s duo of juniors Eddie Landin and JC Alcala continued their effective play by winning their double’s match handily in the Eagles’ match against Alabama State.

That set the tone for five of the six single’s matches ending triumphantly for GS.

Freshman Stefano Di Aloy dominated his opponent with a two-set (6-0, 6-0) victory. Against SCSU, the 6-1 Eagle victory was highlighted by singles victories by freshman Santiago Suarez and senior Dani Casablancas.

On the women’s side, senior Mariana Ranzahuer and junior Ella Monsey both won their singles matches against Alabama State convincingly en route to a 5-2 Eagle victory.

On Sunday against SCAD, the Eagles claimed the double’s point after two 6-2 set wins by Eagle tandems. The tandems were Monsey and sophomore Emilia Bujan, and freshman Arianne de Winter playing alongside senior Giulia Riepe.

After the Eagles and the Bees each took three of six single’s matches, the double’s point proved the decider, as the match ended 4-3 in the Eagles’ favor.