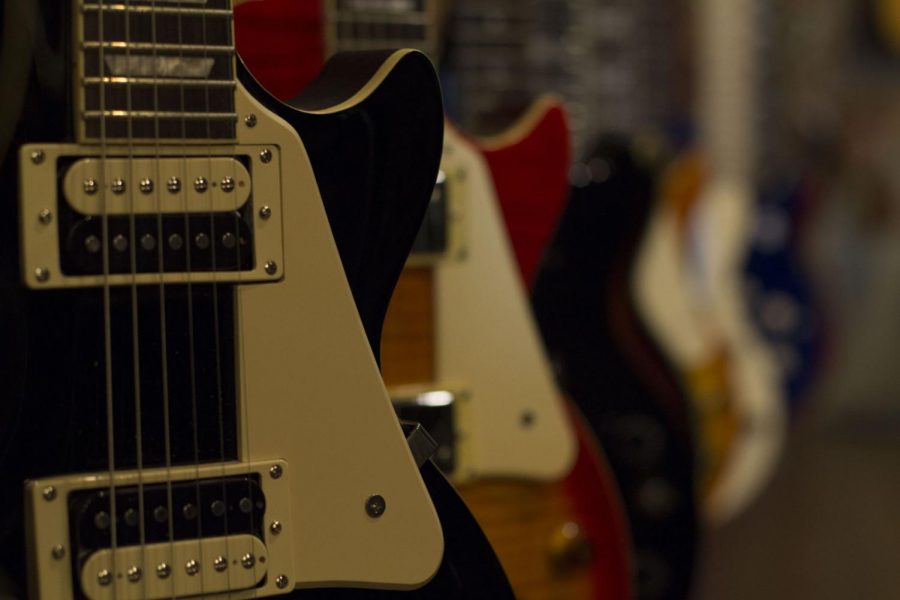 Statesboro is home to Pladd Dot music store, which not only provides American-made guitars and amplifiers designed by the owner, but a safe haven for musicians to hone their craft and create a stronger sense of community.

After turning the corner on North Main Street, there was a red building that stuck out with a simple sign that read, “Pladd Dot Music.” Upon entering, the sound of local musicians trying out a variety of instruments could be heard in the chaotic yet harmonious atmosphere within the Pladd Dot Music store.

“Music is a very important part of human existence. Music stores give us access to the instruments that make such a thing,” Tyair Blackman, freshman theater major and musician, said.

Pladd Dot was established in 2008, but the original dream for a music store started in 1999, when owner and musician, Chris Mitchell, began a production studio in his Statesboro apartment.

Upon entering the music store, customers are instantly engulfed by a wide variety of musical instruments and accessories.

“We have a full retail store which we cater to drums, keyboards, bass and guitars,” Mitchell said.

A unique aspect of Pladd Dot’s instrument selection is their variety of custom built C&G guitars and amplifiers that are called “Devil Cats.”

“It’s from the ground up,” Mitchell said, “we have a full-time luthier staff that assembles [guitars] and an engineer that builds our amps from scratch.”

Mitchell said his guitars are steered by innovation, not profits, and bring an affordable American-made guitar to the market.

Along with music lessons and merchandise, Pladd Dot has a music program similarly seen in the 2003 movie “School of Rock” starring Jack Black. The program is called School of Rock n’ Roll.

After students take lessons through the store and become comfortable with performing, they are allowed to audition to join one of many bands assembled in the program. The studio books the bands’ performances in the community.

Experience Pladd Dot for yourself by visiting them at 38 North Main St., or view their selection online at http://www.pladdmusic.com.