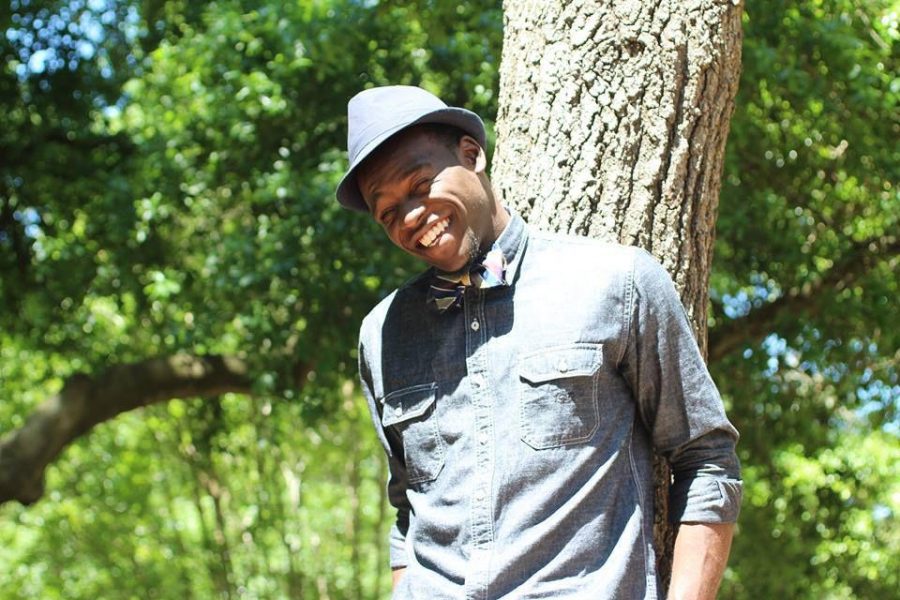 Mike Ofili, a 2015 graduate of Georgia Southern’s school of Civil Engineering and an upcoming musician discussed his album Burning Bridges, which he recorded mostly during his senior year in Statesboro. He detailed what it was like to produce an album while also trying to graduate. Along with that, Mike shared an update on his life and when the public could expect a new album.

Q: What made you decide to pursue music?

A: Honestly, I just like hearing my own music. I just like the feeling of hearing something in my head and then creating it in real life to where other people can hear it too. Plus, it’s such a great way to express myself. I like the art and I like the process.

Q: Tell me about Burning Bridges, what was the overall process of making it like?

A: Burning Bridges was definitely an album by me for me. That album was basically a story of my life told through scenarios. Each song was a different motif and it culminated a grand story. I was intentional about not having a whole lot of features. I had a good friend of mine, onKnwn, do a verse on “Gravity”, Katina Williams sang on “Little Actress” and I had some instrumentation features from some good friends on a couple of the songs. But I wanted to keep it as “me” as possible. So, I experimented and got to play all the instruments I play on that album including keys, bass and drums. Getting each song to be perfect was draining and time consuming, but that’s my favorite part. You fine tune and fine tune and fine tune until it’s perfect.

Q: A highlight of Burning Bridges is the second track “Long Way”, which begins with a piano riff and then transforms into a Banger centered on friendships and personal reflection.  What were you feeling when you came up with that song?

A: “Long Way” was an interesting track that came from a lot of different places and plays on a couple different strings. The actual instrumental was one of the first that I ever made period, and it was awful. I had made it maybe five or so years prior, but I came back, retouched and remixed it and made it useable. So, you have the motif of past and present playing a role. The song itself is three verses, the first being the perspective of me speaking to a close friend. The second from the perspective of me speaking to and about myself kind of satirically, and the third God speaking to me. Definitely a lot of hurt and self-searching/self-evaluation in there. Writing that song was a moment of humility. Me recognizing I need the Lord just as much as the next guy, and that I’m flawed just as bad if not worse than any other.

Q: You recorded most of Burning Bridges during your senior year at GS, right? How was it balancing being a college student and recording artist?

A: I did do a lot of the recording over my senior year. The balance of school and music wasn’t bad. I mean as a senior I was only taking like 12 hours, so it wasn’t bad. Some things had happened in my last couple of years that caused my friend circle to shrink, so I didn’t really have to worry about friends much. Most of my time outside of class, the gym and Chi Alpha was spent in the studio downtown.

Q: And what about life post-GS? Are you working on a new album?

A: I’m not currently working on a project. I’d really like to though, but I’m just not in a place where I can do that. I don’t have all the equipment I need to build the quality I demand of myself, and working full-time and being married doesn’t help much either. I do still write and record and I’d like to do a project soon. Burning Bridges was what it was because I had something to say and God put the melodies and arrangements in my head and heart. I knew I was done writing for it because I had said all I needed to say. When I have something else to say, I’m sure another project will come of it.

Ofili’s debut album, Burning Bridges is available as a free download on NoiseTrade and can be streamed on SoundCloud. Ofili self-produced nine of the 10 songs on the album and currently lives in Atlanta, Georgia. Since Burning Bridges, Ofili has been featured on other artist’s work, such as La$haun Love. He has released 2 other singles, “The Dream” and “The Fall”, both were installments of an EP called UNfamous. He put that on hold but does plan to resume recording in the near future. Follow Ofili on Twitter @CRWND_ADONIS.