Getting down with the beat: GS band ensemble lands exclusive gig 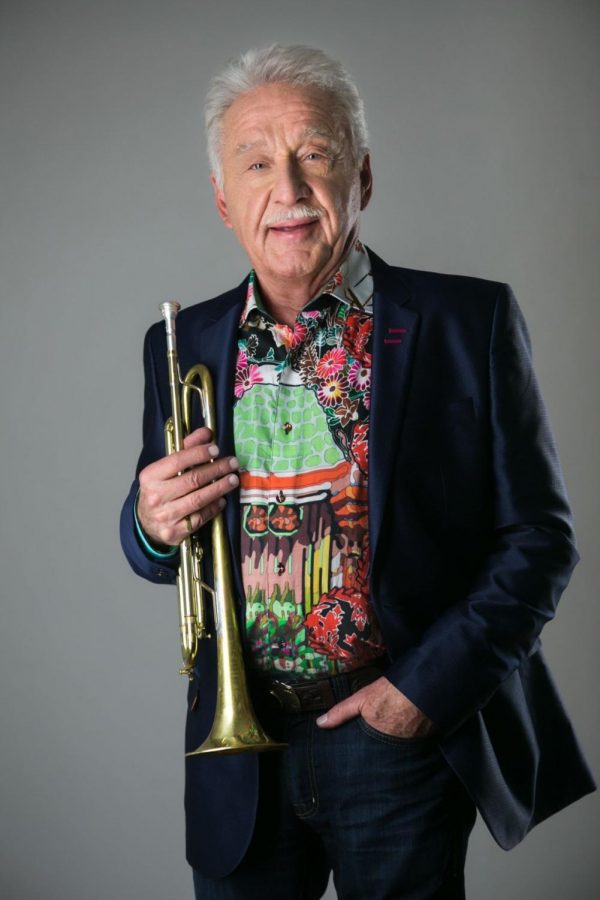 He became a staff musician for NBC in 1949 and worked there until 1992. During that time, he helped contribute to what many regard as an iconic era of “The Tonight Show”.

Though he retired in 2006, the 89-year-old musician has still been active in the music world, performing with symphonies and collegiate bands alike.

Doc Severinsen, distinguished trumpeter and longtime band leader for “The Tonight Show with Johnny Carson”, is coming to Georgia Southern on Jan. 25 to play alongside the GS Jazz Ensemble for his national tour.

Some of his accomplishments include: receiving a Grammy award for “Best Jazz Instrumental Performance: Big Band” for his recording of “Doc Severinsen and the The Tonight Show Band-Volume 1”.

As well, Severinsen has released more than 30 albums that span genres such as jazz, pop, big band and classical music. He will play a medley of songs from his catalogue during the concert.

He will be joined onstage by live vocalist Vanessa Thomas, who has performed with him in some of his symphony pop shows and holiday pop concerts.

Thomas has also sang in recitals all over the country and is proficient in singing jazz, musical theater, opera and other genres.

The band that Severinsen was in during Johnny Carson’s tenure at “The Tonight Show” was different from other talk show bands because of its larger size.

“Doc had a full-sized band: four trumpets, three trombones, five saxophones and a four-piece rhythm section…in large part, that was due to Johnny Carson. The producers of the Tonight Show didn’t want a big band,” Rick Mason, Ph.D., GS jazz ensemble director, said. “It was very expensive, incredibly expensive to keep people for four, five days a week, but Carson had it in his contract that there be a big band there.”

Getting musicians, such as Severinsen, to perform at GS can take a fair bit of footwork and time commitment.

“Most of these performances [at the Performing Arts Center] are booked a year in advance, if not more. A lot of time, with international artists, the process starts even earlier,” Stacie McDaniel, the PAC Director, said. “With Doc Severinsen, I received an email from his agent at the time saying Doc was going to be in our area and did we have any interest in setting up a performance.”

McDaniel started working on booking Severinsen in October of 2015. As of now, GS is the only date in the Southeast where he will be visiting on his national tour.

Severinsen did not immediately agree to come to GS when McDaniel contacted him back in 2015. He wanted to talk to Mason first.

After talking with Mason, Severinsen seemed satisfied with what Mason and his band were doing at GS.

“He wanted to be a part of it…Doc is very selective of who he works with. He doesn’t have to work at all. He could simply retire. But he does work with some bands across the country, symphony orchestras as well,” Mason added.

Playing with a professional

Performing with Severinsen is a unique opportunity for the GS Jazz Ensemble. The ensemble students shared their thoughts on the upcoming performance.

“This was a lot more serious than a regular concert we would perform because people are paying to come see Doc and us at the same time, because we’re basically Doc’s band for the concert,” Kyle Howard, the ensemble’s lead alto saxophonist and freshman music education major, said.

As one might imagine, it is notable that the ensemble will be performing with an accomplished musician who also wrote the music they will play.

“Musically, the music is not as difficult as other music that we have played in this ensemble, but [there is] definitely the pressure of being under the person who composed or like plays this music on a regular basis,” Michael Caldwell, ensemble drummer and junior education major, said.

Severinsen has paid homage to several different music genres and many varieties of jazz music over the course of his musical career.

“He’s practically like a jazz or musical rainbow. In all of his music that is his own, there are a lot of different elements that are going on at the same time,” Howard said. “There’s bebop, swing, Latin, there’s even a New-Orleans-style beat…there are like different forms based on the spectrum we’re being able to discover.”

Severinsen was able to infuse many different kinds of music into his records partially due to the length of his career.

“He has lived through the forming of jazz, and everybody who knows about jazz knows who he is because he’s been around for so long,” Noelle Imel, ensemble trumpeter and sophomore music education major, said.

Through the preparation for and performance during the concert, Mason aspires for the ensemble students to gain lasting lessons from the experience.

Mason said,“His work ethic is incredible. His work energy and the way he presents himself is contagious…I’m hoping the kids get that from him, the energy that he does devote to his craft and his art.”