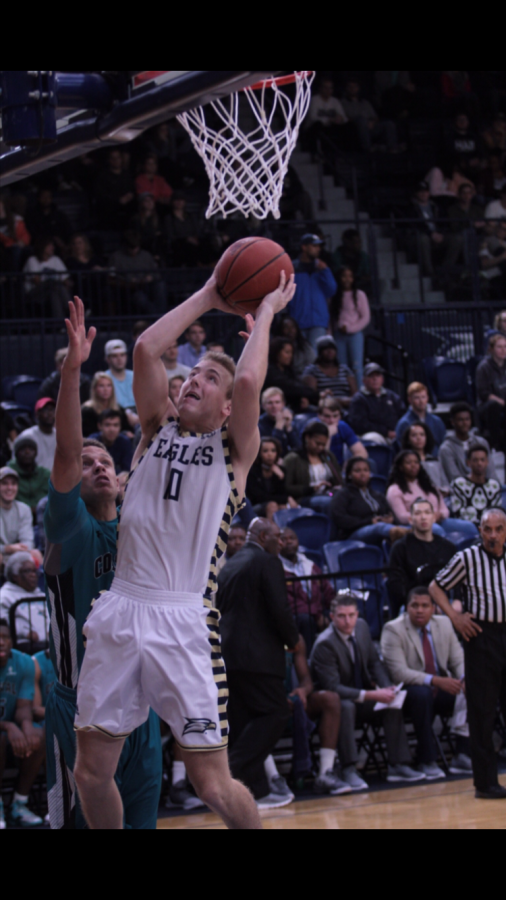 The Georgia Southern men’s basketball team (14-6) have a weekend of rematch match-ups on the road. They play the South Alabama Jaguars (9-11) on Saturday and Troy (11-10) on Monday.

The Eagles defeated both of these teams earlier this season, but they don’t anticipate being overconfident heading into these games.

“We have to stay focused and learn from every game, treat your body [right]. It’s going to be tough but we have to rely on defense and togetherness,” sophomore guard Ike Smith said.

The Eagles beat both of these teams at home by a margin of 4.5 points. If they plan on staying undefeated, they have to prepare like they have all season and find a way to win on the road. So far, they are 5-5 away from home this season; it doesn’t get any easier here on out. They still have to play Arkansas State and Georgia State on the road as well as last year’s champions Arkansas Little-Rock.

“To sweep a team in a season and going on the road is hard, but you have to be [really] tough and play better than you did at home,” Georgia Southern head basketball coach Mark Byington said.

Sophomore guards from GS Smith and Tookie Brown lead the conference in scoring with 19.9 and 18.5 points respectively, and they don’t show any signs of slowing down anytime soon. They’re both in the top 10 in field goal percentage and top 15 in steals in the conference.

Add junior guard Mike Hughes in the mix, and the Eagles have the highest scoring back-court trio in the conference, combining for 49 points.

“Ours guys truly have each other’s backs and care for each other on and off the court. They have a high ceiling and we’re excited to see how far this team can go,” Georgia Southern assistant coach Ben Bettis said.

The Jaguars have a duo in freshman forward Josh Ajayi and junior guard Shaq Calhoun, who lead their team in scoring with 10 points each. They could play a big part in providing a spark for the Jaguars in their quest to knock off the Eagles and end their unbeaten streak. The last time they played the Eagles, Ajayi put up 19 points with Calhoun adding 9 as they fell short in Hanner Fieldhouse.

The Jaguars are on a three-game losing streak losing to, the University of Texas-Arlington, Arkansas Little-Rock and Arkansas State. Their last win came Jan. 14 in overtime to Texas State, and they are hoping to break the skid against the favored Eagles.