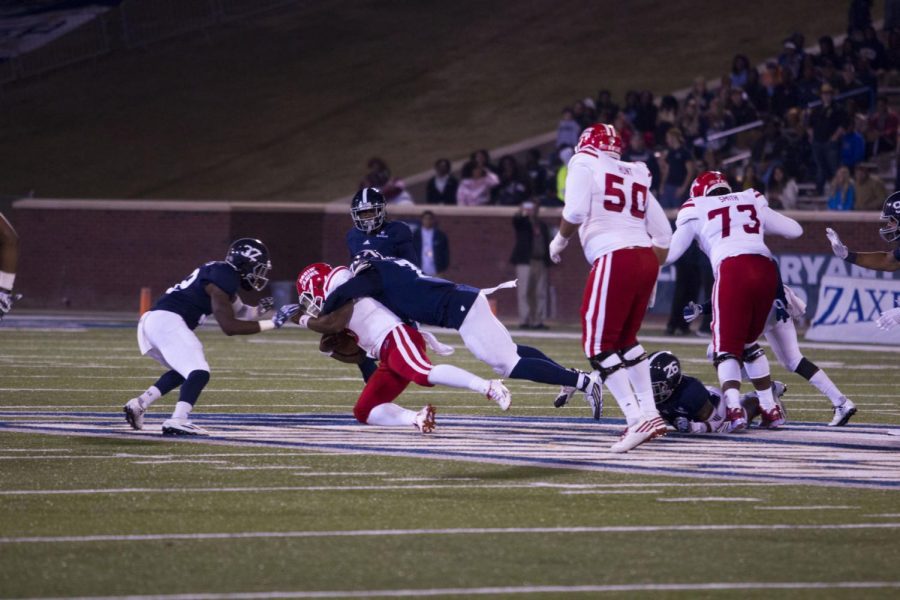 After losing the homecoming game to UL-Lafayette on Thursday, the Eagles picked up their six loss of the season and fans are ready to throw in the towel. The consensus on social media is a desire to terminate head coach Tyson Summers, members of his staff, and even athletic director Tom Kleinlein.

At this point, I am inclined to agree. As an example, I look to what has happened to LSU over the last year. After a lackluster performance, despite some of the best talent in the country, the athletic program wanted to keep their coach, Les Miles, around. Miles got another entire offseason and started the season with two losses in three games. Miles was fired and replaced by an interim and LSU appears to be a completely different team.

The Tigers are ranked 14 and have topped two other ranked opponents and have only lost one game in the last six. In not firing Miles last year, the team lost an entire offseason of development and had to piece together the team on the fly, three games into the year. Allowing Summers to stay through the offseason could poison Georgia Southern football for the foreseeable future.

However, firing Summers is much easier said than done. When signing a contract, there is something called a buyout. This allows either party to terminate the contract with a penalty being applied to the terminator. For example, former coach Willie Fritz had a buyout of $800,000. However, a clause in the contract allowed for that buyout to be reduced to $100,000.

In what seems to be an overcorrection, Georgia Southern has written in a buyout of $1.2 million in the event that Summers is fired before the end of the calendar year. To put this into perspective, this is an amount nearly equal to two years of holding onto Willie Fritz, even including some bonuses for performance.

The game this weekend was my final straw. I have been a devout Georgia Southern supporter for the last four years. I still love the Eagles and those amazing athletes that take the field every week, but I have lost all faith in the current staff and administration.

My parents attended their first Georgia Southern game this weekend. After the game, they had a few observations.

First off, they asked why there were seemingly less than 1,000 fans in the stadium by the end of the game. I don’t blame the fans. While I do think it is important to support the players, the fact that these fans have continued to come out week after week is a testament to their hope for the team. Additionally, my dad commented, “I thought Georgia Southern was a running team?” Upon looking at the stat sheet, I understood what he meant. The Eagles rushed for a total of 52 yards on Thursday.

Despite having to start a third string true freshman at quarterback, the Eagles threw 37 passes compared to running the ball 28 times. This is a different team under the reign of Summers and his staff.

This week, the Eagles travel to Atlanta to take on Georgia State. To the few Tyson Summers fans left, I’ll say that this is their final straw. A loss to Georgia State would make it impossible to go to a bowl game and would secure a losing season.

In the event of a win, on December 3 the Eagles must face Troy and come away with a victory. The Trojans just became the first ever Sun Belt team to be ranked in the AP Top 25. Given their recent win over Appalachian State, they will be playing Arkansas State next week in a game that can secure the conference championship.

The loss to UL-Lafayette has placed us in this situation where we must win-out to play in the postseason. I hate this outcome for these seniors who helped build this team to what it is today. We all deserve better.