Henderson Library to have larger budget in 2017 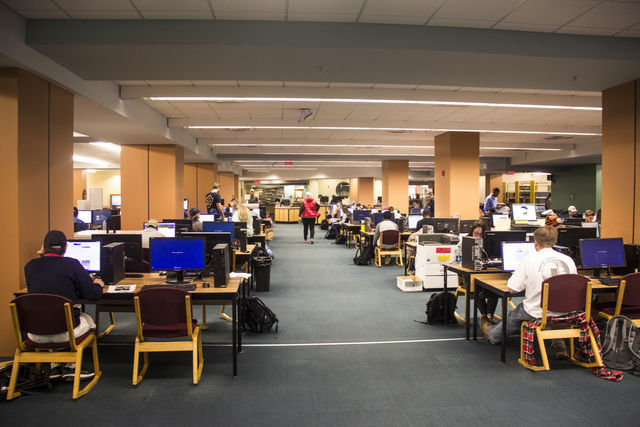 Georgia Southern University will expand the Henderson Library budget for the 2017 fiscal year due to the rising cost of library resources.

“Keeping up with the annual subscription costs and upkeep has been a problem for a few years. There has been an increase in costs, but not the university, so the budget hasn’t been able to keep up,” Bede Mitchell, Dean of Henderson Library and university librarian, said.

Costs to cover, electronic or otherwise, have increased six percent annually for over 20 years, according to Mitchell.

The library is currently keeping track of costs and whatever is still owed at the end of the fiscal year, year end funding is used to cover those extra costs.

Year-end funding is a pool of money collected throughout the year that was allocated for projects that fall through or salary money for an employee who is no longer with the university.

That money comes from state funding that needs to be spent by the end of the fiscal year and is used to cover extra costs.

Mitchell said that rather than reduce the number of resources available, a list of resources not often used is being collected to be sent to the academic department to decide which can be let go.

According to Mitchell, the library is putting together and sending a list of seldom-used resources to the academic department to decide which resources can be let go.

Resources to be let go could still be ordered through the inter-library system, which would take three to five days to deliver.

Mitchell said, “We’ve reached a point where we can’t assume there will be [year-end] money to cover the short fall.”