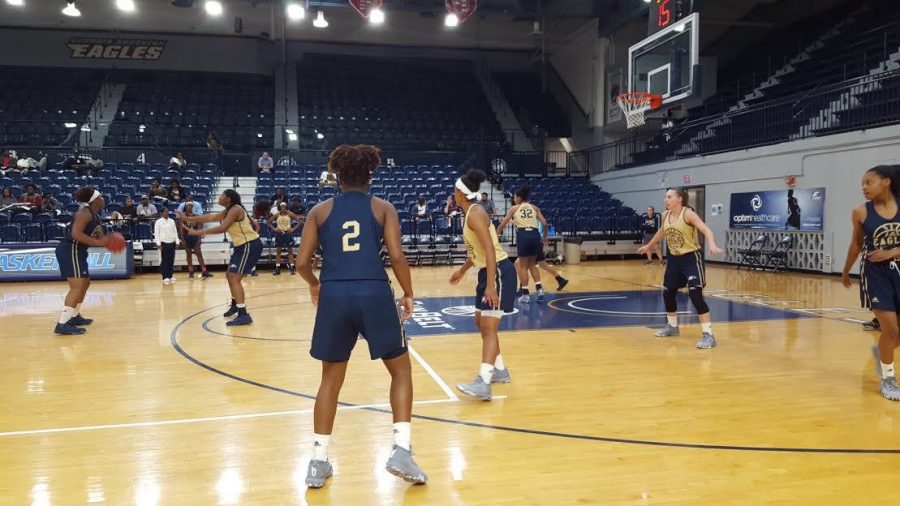 During the fest, the men and women’s basketball teams held intra-squad scrimmages. Afterward, fans were given the opportunity to meet and greet the student-athletes. Schedules, posters and autograph sessions were available to all in attendance and free t-shirts were given to the first 200 fans.

The men’s team scrimmage was tightly contested as it came down the last possession. Following the men’s scrimmage, the men and women had a 3-point competition. In the final matchup, Aubrey McRae of the men’s team defeated Nakol Franks of the women’s team. Alexis Sams and Brown faced off in the skills competition.