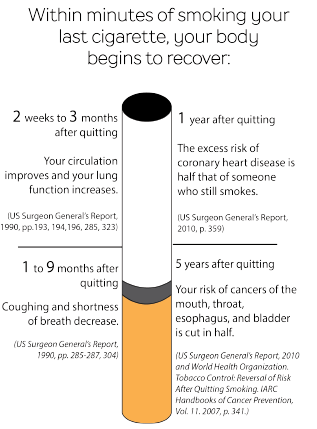 November is National Lung Cancer Awareness Month and many organizations, both on and off Georgia Southern’s campus are striving to bring recognition to the issue.

The American Cancer Society will be having their annual Great American Smokeout, an event aimed at convincing people to stop smoking.

The event happens every year on the third Thursday of November and this year, it will be held on Nov. 17, the Thursday before Thanksgiving break.

The Smokeout’s goal for today’s college generation is to have the first tobacco-free generation, according to the American Cancer Society’s website.

“I think that the goal of the Smokeout and that, combined with having a tobacco free campus, will help them to be successful,” Taylor Schuhmacher, junior public relations major, said.

Many students are affected by it, whether that be directly by having had it themselves or indirectly by dealing with a family member or friend who has fought it.

Courtnie Nikitaides, junior child and family development major, had a grandmother that passed away from lung cancer about three and a half year ago.

“I will say it is such a terrible disease and it really hurt my family, especially my mom,” Nikitaides said. “Her treatment plan was set in stone but it broke her body down and she physically could not handle the chemo. Eventually the cancer spread to her brain.”

Morgan Thompson, junior business management major, currently has a grandmother fighting the cancer. Her grandmother smoked for about 40 years before they found out that she had lung caner about two years ago.

“She began radiation and after six months was in remission. Unfortunately the radiation spread the cancer further. She now has cancer in her nose, shoulder, liver and stomach,” Thompson said.

Lately, the use of cigarettes by college students has, in fact, dropped dramatically.

The CDC reported that approximately 21 percent of adults smoked in 2006 and this dropped to about 17 percent by 2014.

Thompson believes that it’s not too late to still have a future, as long as you don’t begin smoking.

“That cigarette is not worth being on the first name basis with all the nurses in the hospital, being on oxygen every second of your life or missing your grandchild’s graduation because it was too hard on your body,” Thompson said.

Using a different tobacco product is not any better than smoking a cigarette and can just as easily lead to the development of health issues like lung cancer.

To find out more about lung cancer, The American Cancer Society’s Great American Smokeout and how you can make a difference, you can go to cancer.org/smokeout or call 1-800-227-2345.