Making a difference: Transgender alumnus shares experience of transitioning as an athlete 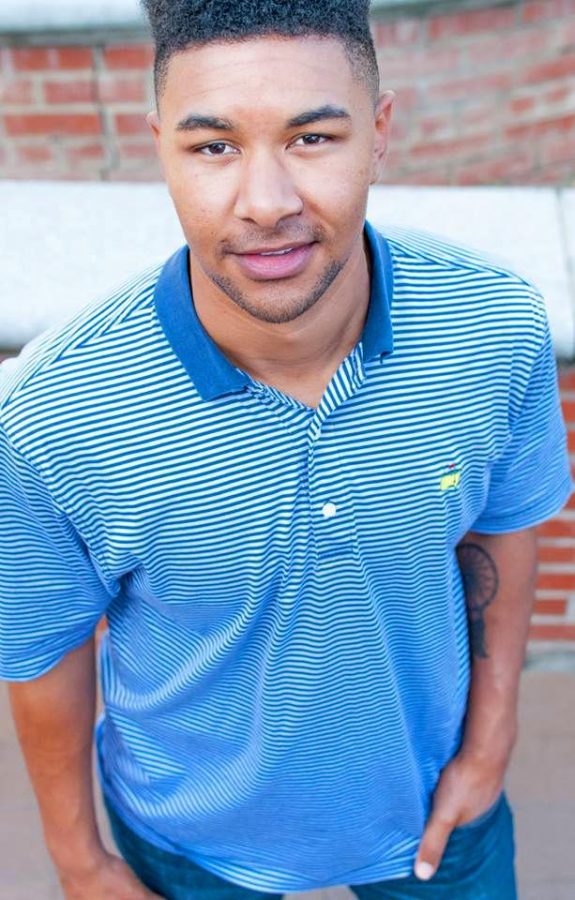 With the massive amount of content on YouTube, it can be easy to to get lost surfing through and watching a lot of videos with little bearing on one’s personal life.

However, for Austin Wofford, watching a video on YouTube would change his life forever. Shortly after watching it, he would decide to begin his transition from female to male.

“I stumbled on a video of a guy’s transition on YouTube and I had no idea that it was even possible for that to happen,” Wofford said. “When I saw that video, it was like the ‘aha’ moment of my life. I knew that was the missing piece of me, that I needed to pursue that.”

Wofford graduated from Georgia Southern in 2015 with a degree in exercise science. During his time at GS, Wofford participated in the track and field team, competing in the shot put, discus and javelin events. Additionally, Wofford was a power forward for the women’s basketball team.

During his time as a member of the basketball team, his trainers suggested that he go to the counseling center on campus. After talking to a therapist in 2014, Wofford would take his first dose of testosterone, a decision that took him a long time to make. This is a process that will continue for the rest of his life.

“Playing on the women’s team…I was scared to tell anybody about me wanting to transition, it really got to me psychologically. It was all I can think about,” Wofford said. “There was a lot going on internally and then there was kind of a breaking point, when my girlfriend decided to move out of the apartment we were staying in Statesboro.”

After beginning the process, Wofford had to tell his family and friends about his decision. The initial reaction was different between both groups.

“Telling my friends, it was really exciting. Most of the time, I couldn’t wait to tell people I was transitioning,” Wofford said. “I never told my father. He kind of just saw me after a while and [he] was just going with the flow. Telling my mother, I remember speaking with her on a couple of occasions about how I was feeling and what I wanted to do. She didn’t understand it.”

Wofford’s mother was reluctant at first to accept her child as Austin, but she has since gotten on board and supports him.

“It was a struggle at first for her to get on board, but now she is fine with it. She uses the male pronoun. She says Austin. She calls me her son,” Wofford said. “Things have gotten a lot better with her.”

The transition from female to male is a part of Austin’s story, but now he tries to use his experiences to inspire and educate those around him.

Even though Wofford graduated in 2015, he still has a big impact on the GS campus. He returns every semester to help Christian Gipson, Ph.D., an assistant professor of sports management, with her social issues in sports class.

Wofford talks to Gipson’s class and helps them to better understand those who have transitioned or are in the process of transitioning by using his own experience as an example.

“[Austin] breaks down stereotypes. He starts off talking about his journey and how he got to where he is now, from the reasons he wanted to transition,” Gipson said. “How he found out that is even a thing. He also discusses the politically correct terminology. He gives suggestion on things not to ask people who are trans.”

Gipson’s goal for the class is for her students to open their eyes and be able to acknowledge the controversial topics that are not talked about in sports.

“I want them to be able to recognize that sports are not always fair for all groups of people,” Gipson said. “As much as we want to say that it is, we need to be able to identify when it is not fair and try to provide opportunities or kind of be more critical when we hear about stories within sports and not just take everything for face value.”

Wofford wants people to understand the difference between sexuality and gender, as well as the fact that a person’s change in appearance does not make them less than those around them.

“It’s important for [society] to understand that gender and sexuality are two completely different things,” Wofford said. “People need to know…we are capable humans that can do what anyone else can do.”

Although Wofford’s story began with his transition, Wofford currently has a bigger goal in mind: making it to the 2020 Summer Olympic Games in Tokyo in the discus, a sport he fell in love with in high school.

Wofford is hopeful he can make it to the Olympic Games and represent his country in the highest level of sports.

Wofford said, “It’s the highest [level] to compete on.”