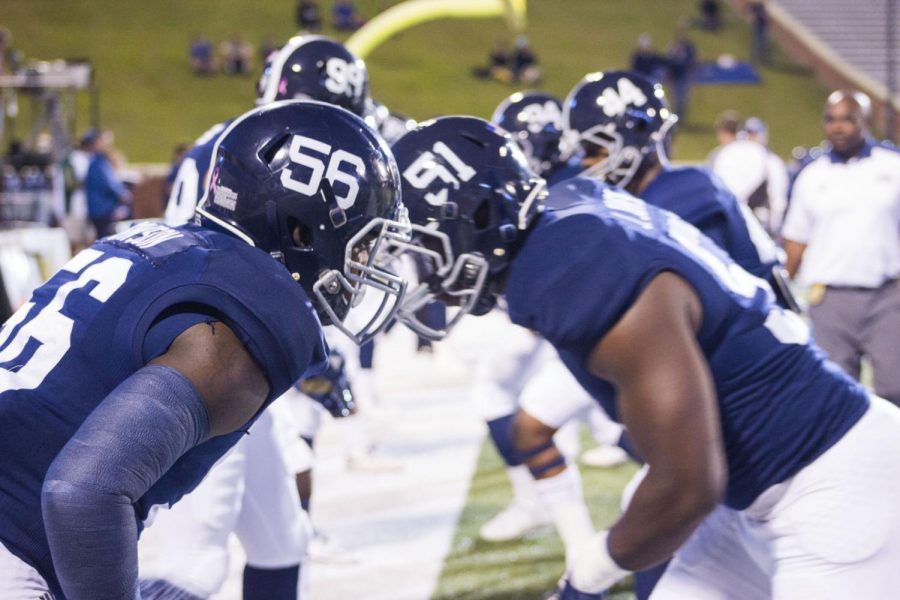 Ole Miss comes into Saturday’s matchup with a worse record than Georgia Southern at 3-5. For the Rebels, it’s virtually a must-win game if they want to play in a bowl game this season.

Ole Miss entered the season as a favorite to compete with Alabama for the top spot in the vaunted SEC West division.

So what’s gone wrong for the Rebels this season? Mostly, a brutal schedule and some bad breaks have doomed them thus far. Losses to Florida State and division opponents Alabama, LSU and Auburn have put them in the hole.

Ole Miss plays at a high tempo on offense and likes to throw the ball often. They’ve attempted 305 passes this season compared to 265 rushing attempts. The danger in the run game, GS head coach Summers says, is the big plays that are created from their up-tempo offense.

“They’re a very well-coached team,” Summers said. “It’ll be a hostile environment and the largest crowd we’ve played against all year. We need to expect them to have their A-game ready for us.”

The Rebels are led by senior quarterback Chad Kelly, who Summers believes is one of the best quarterbacks in the nation. He has thrown for over 2500 yards and 18 touchdowns this season and ran for another 309 yards and three scores on the ground. He’s the motor of the offense, and someone who the GS defense will key on.

He’ll be throwing it to all-world tight end Evan Engram, a guy who many analysts will be one of the top tight ends taken in the NFL draft this season. He’ll be deployed all over the field in an effort to create mismatches against the GS defense.

Defensively, the Rebels are led by DeMarquis Gates at linebacker and Marquis Haynes at defensive end. Gates has been their anchor with a team-high 53 tackles and five tackles for loss to go along with four sacks and a forced fumble.

Haynes is the play maker on the edge with five sacks and an interception to go along with 34 tackles.

Both teams have bowl aspirations on the line in Saturday’s matchup. For the Eagles, the key will be keeping the Rebels offense on the sidelines by controlling the tempo on offense.

The Rebels on the other hand will try to put the Sun Belt opponent away early and want to rest some starters before next week’s road game against #4 ranked Texas A&M.