Over $250,000 in grants awarded by Center for Sustainability 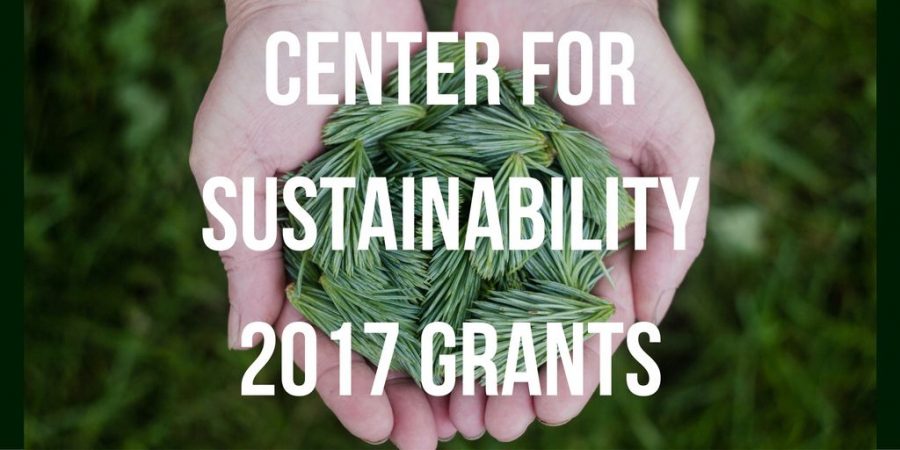 The Georgia Southern Center for Sustainability has awarded $251,310 to various academic departments and other projects for the fiscal year of 2017.

This money has been granted to 18 projects that will range from the restoration and preservation of Eagle creek to increased access of bike repair for university students that will be located near the dorms.

Other projects include solar lighting for the RAC walking trail, an effort to restore the population of and increase food for the pollinators, such as bees, on the campus Greenway trail and the GrowZone, which will be a place at the Botanic Gardens for students to learn about growing plants.

Including the grant money awarded this year, the Center for Sustainability has allocated almost a million dollars in grant money since it started in fiscal year 2013.

One of the largest projects that was awarded grant money this year is the restoration of Eagle Creek.

The goal of restoring Eagle Creek is to plant more flowers and plants as well as rearrange the infrastructure of the creek in a way that will make it the most fit to support the wildlife that depends on it.

Many of the projects include plans intended to foster more ecologically-friendly behavior in students, including bottled water refill stations and bicycle repair stations outside of the dorms.

Multiple bicycle repair stations will be located outside of student dorms that will allow cyclists to pump their tires and use tools to fix whatever would otherwise hinder them from biking around campus.

Another project that will go into effect with a grant of $32,572 is the development of platforms to access data on sustainable biodiversity on campus.

The goal of this project is to increase biodiversity on campus and to make students and faculty more aware of campus wildlife. The project involves putting cameras on campus to find out what kind of wildlife frequents the areas and considering whether the placement of buildings and other factors are harmful to their coexistence.

Leege said, “[The project will help] us to understand that our campus is a really important place for wildlife.”