She Kills Monsters opens in the CAT Wednesday 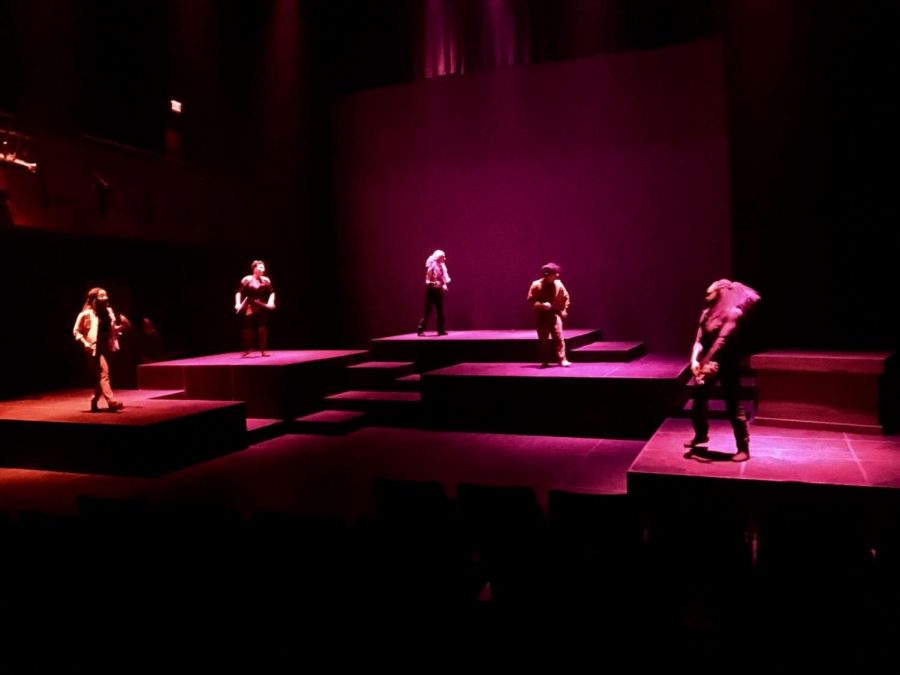 The Georgia Southern Theatre and Performance Program presents She Kills Monsters at the Center for Art and Theatre on Wednesday.

Playwright Qui Nguyen tells the story of a young woman, Agnes, whom after finding her sister’s “module,” enters her sister’s fantasy world to learn more about the sister that she lost in a car crash.

“Behind all of the flashy effects and choreography in this play is a very touching story about loss and regret that never fails to move me no matter how many times I see it. I hope they find it as haunting as I do,”  Nicholas Newell, Director, said.

Kelsey Poole, who plays the character Agnes, explains that this show will feature many fighting scenes, along with some dancing scenes.

“We started with a boot camp with working out and then with practicing with specific weapons,” Kelsey Poole, senior multimedia major, said.

The show is about more than just a fantasy world or role play, it is about finding closure after losing someone.

Sade Thomas, who plays Agnes’ sister, Tilly, hopes viewers will leave with a message about acceptance after seeing the show.

“One thing to take from this is acceptance, and when you have the time, make the most of it,” Sade Thomas, a senior psychology major, said.