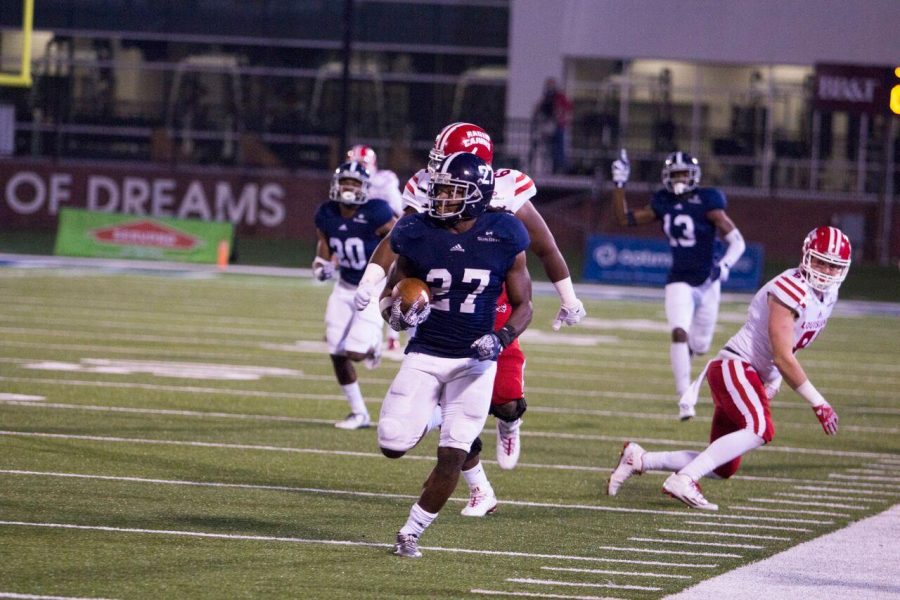 After the promising performance by Georgia Southern in their game against Ole Miss, most fans had high hopes for the rest of the season. That’s when tragedy struck and quarterback Kevin Ellison was ruled out for the game. Freshman quarterback Seth Shuman had to take the helm as the starter against the University of Louisiana-Lafayette.

Stopping the Ragin Cajuns defensively was a task. They continuously drove down the field, ate up the clock, and picked up first downs. The defining drive for the Eagles was the touchdown they gave up right before the half. On this drive, ULL went 92-yards in 6 plays. This drive took only 1:05, and it summed up what the night was like for a defense that looks just as bad as the offense.

“Defensively, from a consistency standpoint, we didn’t give ourselves a chance because we didn’t stop the run. It’s more the frustrating because the quarterback [Jennings] averaged almost 10 yards a rush,” Summers said.

The Eagles need to win the last two games of the season so that they can be eligible for a bowl game. That doesn’t get any easier, because the two teams they need to beat are Georgia State and Troy. Georgia State is the team that pulled the upset against GS last season, and Troy currently holds the first-place spot in the Sun Belt.

GS is in danger of having their first losing season since 2009. There are a lot of questions about this team going forward and they must find answers. They have fallen from the ranks when it comes to having one of the most elite running games in the country. The same thing goes for the defense. They must take the rest of the season one game at a time.