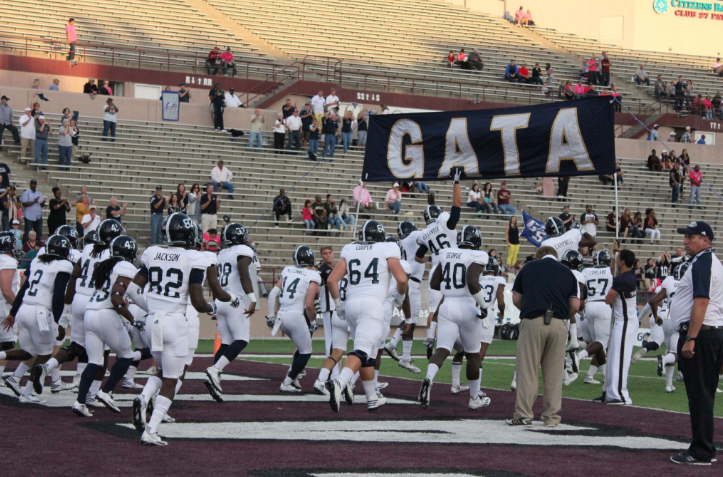 Georgia Southern takes a trip to Oxford, Mississippi on Saturday to play the Ole Miss Rebels.

Ole Miss is a powerhouse school in the SEC and the Eagles will have their hands full trying to stop them. Aside from their last matchup against Georgia Tech, GS typically plays power 5 schools. The GS offense has been underwhelming, so this might turn out to be a long game for the Eagles.

Maybe the Eagles can turn their offense around this week with the changes head coach Tyson Summers made. Co-offensive coordinator Rance Gillespie is giving up play-calling duties to David Dean who is the other offensive coordinator. Dean is a two-time Division II national champion and tallied 79 career wins at Valdosta State. Gillespie will take this time off play-calling duty to focus more on the Quarterbacks.

For the Quarterback situation, Favian Upshaw will likely miss the game this Saturday while he is still nursing himself back to 100 percent. As for Kevin Ellison and Seth Shuman, expect Ellison to take a huge bulk of the snaps. Shuman is a quarterback with a lot of upsides, but his inexperience is his downfall. When playing against a team like Ole Miss, plenty of experience is needed.

The Eagles may also look to give the Rebels a heavy dose of Matt Breida. Breida only carried the ball seven times for 28 yards against Appalachian State last week and fans must expect that to change. He is arguably the best player on the GS offense and seven carries is not enough, especially for a player who was one of the two running backs last season.

Defensively, the Eagles have been doing all that they can. They have forced turnovers, prevented offenses from converting third downs and they have even scored. The GS offense needs to capitalize on these opportunities.

Linebacker Ukeme Eligwe is a transfer from Florida State and has been making huge plays all season long. Last week, Eligwe scooped up a fumble and returned it 90-yards for a touchdown. He finished that game the game with 12 tackles, two passes defended, a forced fumble and a fumble recovery. This performance helped him land the Sun Belt Conference Defensive Player of the Week.

Georgia Southern has one win against a Power 5 team, and that came against an SEC team when they defeated the Florida Gators 26-20 in 2013. The Eagles have a chance for that same type of upset this Saturday.

Ole Miss is coming off a tough game against Auburn that they lost 40-29. We have already seen earlier in the season a Sun Belt Conference team defeat an SEC opponent when South Alabama defeated Mississippi State in the first week of the season.

If the Eagles play inspired football and get back to their bread and butter of the running the ball, there is no reason they should not have a shot to win this game.