The Southern Bass Anglers take fishing to a different level 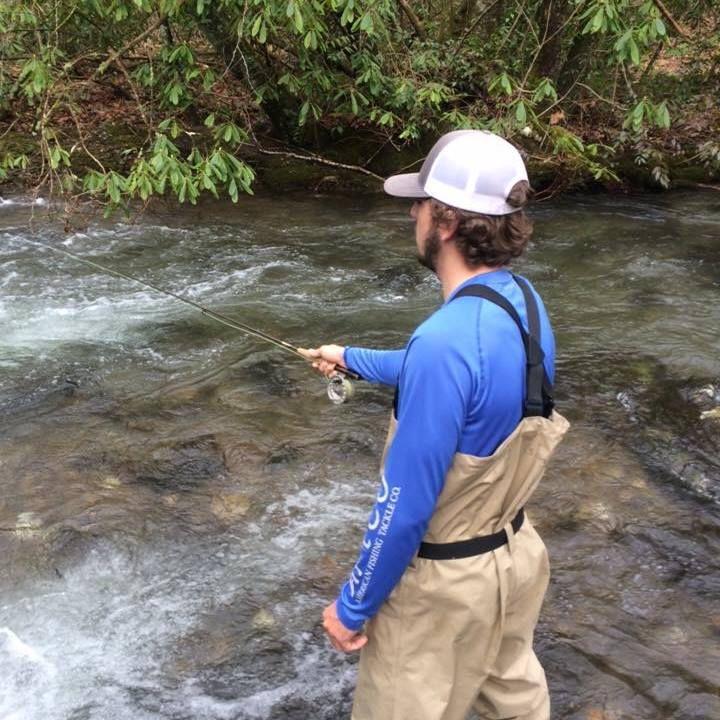 They say a bad day of fishing is better than a good day at work.

Normally, this is true. A day filled with cool breezes, your favorite beverage and the freedom to sit on your bottom and leisurely cast a fishing pole beats anyone’s normal workday.

However, for the Southern Bass Anglers, a bad day of fishing just isn’t acceptable. In fact, according to Hunter Reeves, junior business management major and member of the bass fishing team here at Georgia Southern University, their days of fishing are much different.

“It’s a huge difference between just leisurely fishing and tournament fishing. It’s a competitive drive that’s fueling you. You’re not just going out and having fun, which it is fun and we enjoy it, but we’re competing to win, so it’s a whole different game when you’re out there competing,” Reeves said.

Rather than extensively pack a cooler full of beer or randomly plop down at a spot, the Southern Bass Anglers scout their surroundings for fishing hot-spots. During tournaments, teams are given a couple of days to “pre-fish” and observe the area they will be competing in during the following days. The fishermen look for a variety of tips in order to put themselves in the best position to succeed.

“We get out on the water and we look for water temperature, water clarity, what color it is, and see areas where we think we can catch the most fish during a tournament. Pretty much, we’re scouting things and looking for things that we think will be the most productive when we actually have to compete,” Tucker Hill, junior business management major and member of the team, said.

Because it’s a popular sport in Georgia, some members of the team like Jared Baker are very familiar with tournament fishing, including the scouting period.

“I fished in high school growing up. I went to Whitewater High School, which is in Fayette County, and we fished in tournaments all over the Southeast,” Baker, a junior construction major, said.

Unlike Baker, other members of the team joined as casual fishermen. But once they were exposed to competitive fishing, they quickly realized how important the scouting process is to their success.

“I thought fishing initially was just about going out there and casting around, but once I got into it, I realized the more time you spend on the water, you can find a pattern and when you find a pattern, you duplicate it in other places. I realized by spending more than one day on the water, you really get an advantage because you get to see more things working in a pattern,” Hill said.

Competitive fishing follows directly after these pre-fishing days, and tournaments can last anywhere from one to three days. Teams return to previously scouted areas in hope of finding productive spots. The fishermen target large-mouth bass, spotted bass and small-mouth bass. The team that catches the largest of these fish during the tournament is the winner.

While this team loves to win, they also enjoy fishing all over the Southeast. By joining the club, members are allotted the opportunity to travel to different places and compete, which is something they really appreciate.

“We travel all over the Southeast. The closest lake we’ll go to is Clarksville in Augusta, but we’ll go anywhere to Lake Guntersville, Lake Chickamauga, Tennessee River, Alabama River, we’ll go down to Florida. All over,” Reeves said with a grin.

As for local fishing, Hill claimed there are some prized fish in the two lakes located in the center of the GS campus. However, if you’re looking to fish in a boat, you’ll have to make a little trip.

“These two ponds right here are pretty good. There’s big ones in these ponds. But as far as putting a boat in, the closest you’re going to get is Clarksville. It’s two hours away, and it’s the closest lake you can put a boat in. It sucks,” Hill said.

The Southern Bass Anglers’ next tournament is in January at Lake Seminole, near the southwest border of Georgia and Florida.