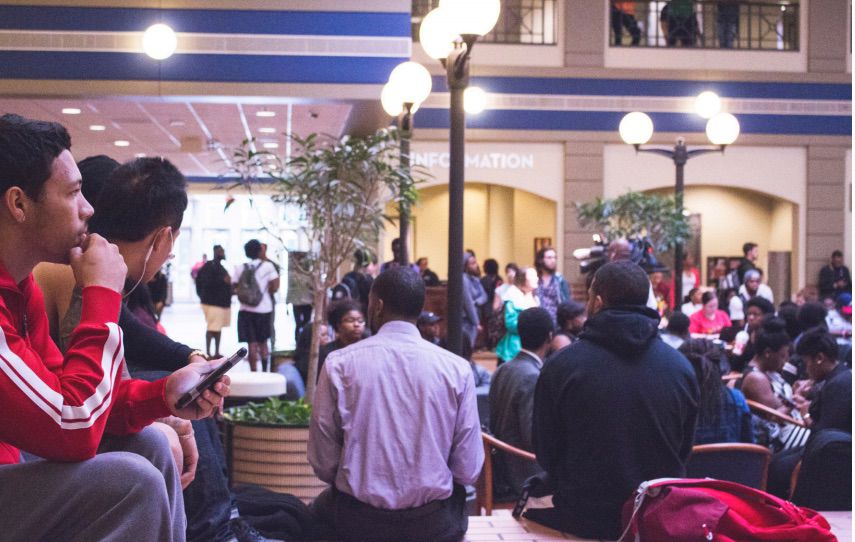 The Georgia Southern University chapter of the NAACP responded Monday about whether or not any of their demands from their demand letter released last year had been met.

Before Thanksgiving break, the university released a statement to the George Anne, speaking about their quest to creating a more diverse campus and how they plan on assessing the demands released by the GS’ NAACP last year.

Last November, a former GS student released a post on Facebook, threatening the Black Lives Matter movement and students of GS if they were to ever partake in such event.

The posting caused major backlash and commotion amongst the GS campus and social media. This eventually led to the release of demands set by the NAACP.

The demands were created to build a more diverse and safe campus environment for all students, especially minorities.

The GS’ NAACP feels that the demands, despite initially receiving negative comments and a mixed response, some have been met.

“The transition of power within the university and changing of executive committees within the Georgia Southern University NAACP has affected the ability for the demands to be implemented or discussed,” Shaneka Spikes, vice-president of the GS NAACP, said.

Spikes believes that the NAACP have had challenges since the release of the demands due to numerous changes.

“The executive board for the NAACP is currently working on ways to implement the demands in a way that is noninvasive to the administration of the University,” Spikes said.

Joshua Farara, president of the GS’ NAACP chapter, feels even though there has not been any public racial or discriminatory issues on display since the comments last November, the NAACP will continue to promote fairness across campus.

“Our concern is maintain this level of equality,” Farara said. “We will continue to inform students on the ideals that the NAACP stands for and the issues concerning justice and equality.”