Fatal shooting in Campus Crossing – What we Know 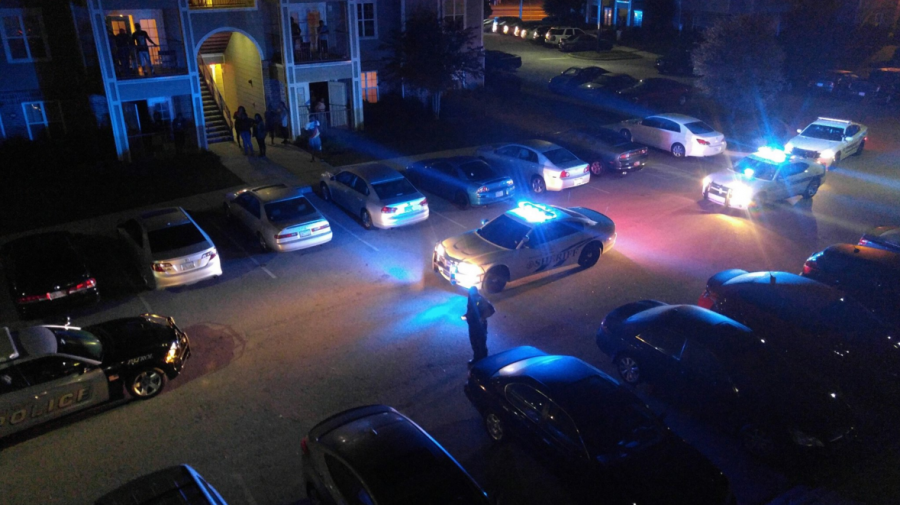 UPDATE 4:41 p.m. According to a press release from Statesboro Department of Public Safety, this case is still under investigation by the detectives of Statesboro Police Department’s Criminal Investigations Bureau. No further information is being released at this time.

According to the Bulloch County police scanner, seven to eight gun shots were fired at Campus Crossing on Lanier Dr. at approximately 12:30 a.m. Wednesday morning.

Two suspects fled towards Paulson Stadium on foot after shots were fired. Police arrived at the scene, taped off building eight in the property and investigated a vehicle. Officials then dispersed to scope the surrounding area for the possible suspects.

The University sent out an Eagle Alert to students, faculty and staff at 1:15 a.m.

As of this morning, one death of a male has been confirmed by police. When officials first arrived at the scene, the male was found with a gun shot wound and was transported to East Georgia Regional Medical Center, where he died from his injuries.

According to a notification email from Campus Crossing management, the victim and suspects are not residents of the property.