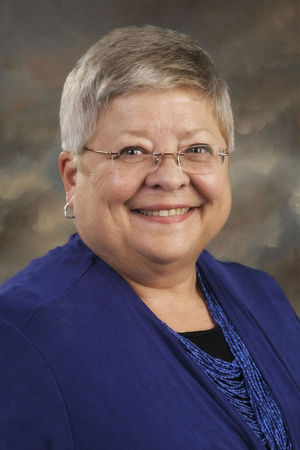 Jean Bartels, provost and vice president of academic affairs, plans to retire next summer after serving Georgia Southern University for over 17 years.

Bartels will retire on June 30, 2017, according to a message to the university community by President Jaimie Hebert.

Before arriving at GS, Bartels worked as a staff nurse in the Intensive Care Unit at Columbia Hospital in Milwaukee, Wisconsin, according to her biography on the GS website.

Bartels began her career at GS as a professor of nursing and the chair of the School of Nursing from 1990-2010. Later, she became the Dean of the College of Health and Human Sciences, and finally the provost and vice president of academic affairs.

In 2015, Bartels served as the interim president, making history at GS as the first female president at the University.

Throughout her career, Bartels served on a number of national nursing boards, conducted research in several nursing practice and higher education areas and held workshops and presentations on the local, state, national and international levels.

She received the American Association of Colleges of Nursing 2009 Sr. Bernadette Armiger Award in recognition of her significant contributions to nursing education and advancement of the nursing profession, according to the GS website.

“Dr. Bartels was such a welcoming presence to me as I assumed my role at Georgia Southern,” Hebert said in a message to the university community. “I hope you will join me in congratulating Dr. Bartels on her outstanding academic career and her upcoming retirement.”