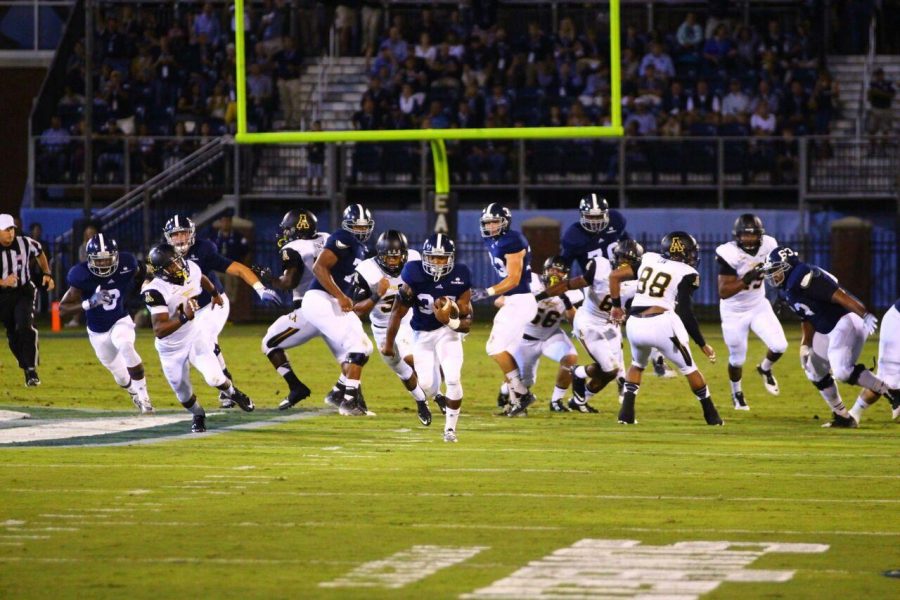 This Thursday, Georgia Southern (4-2, 3-1) plays their longtime rival Appalachian State in a redemption match from last year. There is no love lost between both teams and it is sure to be a classic contest. Southern is coming off a 22-19 road win against New Mexico State, while App State just defeated the Idaho Vandals last week 37-19.

GS is in the fourth-place spot in the Sun Belt conference and App State is holding on tight to that number 1 spot. The Eagles managed to put together a well-played game to get the edge on NMSU. Quarterback Kevin Ellison managed to a have a good game last Saturday finishing the game with 101 yards passing to go along with two touchdowns. He even led the team with 117 yards on the ground.

The rivalry between GS and App State has been brewing since their time in the FCS. These two teams have played each other each season dating back to 1993. App State holds the series lead 17-13-1, GS is looking to add another win their column on Thursday. GS has lost four of the last five matchups against the mountaineers.

If GS wants to assert their dominance as the best team in the Sun Belt, they will need to thoroughly take care of the Sun Belt leader. The Eagles have seemed a bit off ever since the beginning of their road four-game road trip. Coming back to Paulson Stadium and playing in front of their home fans can be the spark that they have needed. The last time these two teams met in Paulson stadium, Southern defeated App State 34-14. In that game Matt Breida rushed for 135 yards and a touchdown. Meanwhile, Ellison ran for 151 yards and a touchdown.

All GS fans are encouraged to attend this Thursday home game. This contest will be a blue-out, so all Eagles should wear their blue attire. Kickoff is set for 7:30 and the game will be nationally televised on ESPNU.