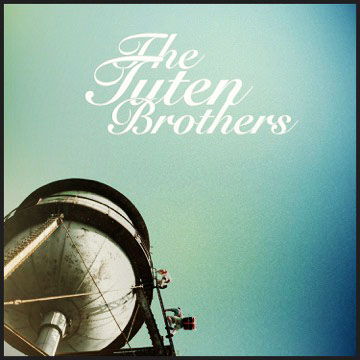 It is no secret that Georgia Southern is home to many aspiring musicians and bands. However, Statesboro isn’t the only place in the Southeast aspiring artists make their dreams come true.

Just 160 short miles away is the home of the University of Georgia, Athens. The city is home to countless performers, such as R.E.M. and Widespread Panic. Now there’s another up-and-coming group.

The Tuten Brothers are a group of three UGA students who seem to be making a legacy of their own. Their up-beat melodies and catchy lyricism is one to catch any country-soul music lover’s eye, or ear, perhaps.

Brothers Walker and Sam Tuten from Macon are the young and dedicated frontmen of the group. Longtime friend Connor McAdams from Roswell plays the drums along with them.

Straight out of a spare bedroom in their cousin’s house, the Tuten Brothers recorded their debut single “Southern Sunrise.” Since then, they have been blazing through the Athens and Atlanta area at venues such as 40 Watt Club, Live Wire, and the Georgia Theatre.

The band moved from the spare bedroom to a studio in Nashville, Tennessee to record with Alex Gilson of Gold Cassette Productions, and released another single, “Why You Gotta.” Their anticipated debut self-titled EP was released on Oct. 25, featuring Why You Gotta, and three other songs.

By taking a look at their first two singles, you really get a feel for these guys, their artistic capabilities, and the music they want to spread.

This song is a great one to have as a first country single. This relatable tune talks about traveling around to reach one goal, warmer weather. It opens up strong with the drums, followed by a smooth guitar melody that’ll quickly get you tapping right along with the song.

The warm, energetic vocals add to this engaging tone, compelling you to keep listening. Their young voices combined with the localized lyrics keep the song dynamic while holding the listener’s attention.

There is a nice pitch range, especially in the bridge of the song. The additional clap-along brings the listeners right into the song with the brothers.

It is smooth and almost a sunny tune itself. It is easy to imagine yourself jamming to this with the windows down, travelling on your own road trip.

The violin at the beginning of their second single is a great opener. The vocals start earlier, pulling you right in like the violin did. This tune has a stronger energetic sound than the first single does, but the simple structure design is still there.

The repetitive “oh, oh, oh, oh” throughout the song shows the feeling of being taking away by a girl dancing, disregarding what he has already experienced with her, as the lyrics go.

The song is upbeat, and makes you want to move just like they describe the moving girl. The lyrics are easy to sing along to, and flow along with a continued simpler style.

The Tuten Borthers’ YouTube channel has a live performance of “Why You Gotta” at The Georgia Theatre in Athens.

“You got a hold on me, and my knees get weak, every time I see your face..” –Why You Gotta

This classic country and rock ‘n’ roll inspired band is quickly getting their name out and are on their way to the big stages.

The Tuten Brothers will be headlining their first show at The Georgia Theater November 15. Their self-titled EP is available now on Apple Music and Spotify. You can also check out the band’s social media outlets for more information.