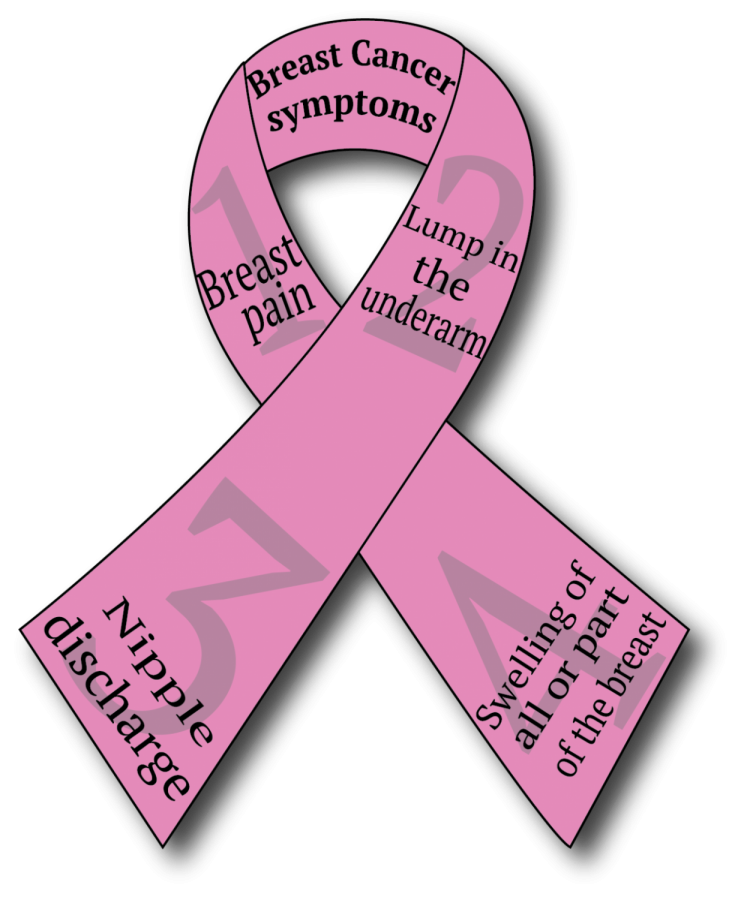 With the month of October being breast cancer awareness month, organizations around the world are educating people on breast cancer, as well as the stages and treatments.

According to the National Cancer Institute, breast cancer is cancer that forms in the tissues of the breast.

“Although breast cancer has affected women, it effects men too,” Dodds said. “In fact, men are more likely than women to be diagnosed with advanced-stage breast cancer, which could cause a decrease in awareness and delays in detection.”

Breast cancer is broken down into stages ranging from zero to four, according to the National Breast Cancer website:

In this stage, non-invasive, unusual cells have been found in a straight line in the breast milk duct, but have not spread outside into the surrounding. This is a very early cancer stage that is highly treatable, but if not detected early, could easily spread.

Breast cancer has been found in this stage, but it’s still in its the early stages. There are two stages of Stage 1 (1A and 1B).

In stage 1A, the tumor is 2 centimeters or smaller and has not spread to the lymph nodes. In stage 1B, however, lymph nodes have small portion evidence.

Cancer is spreading in stage two, but it is contained and has spread to the closest lymph node. The cancer might require heavier and aggressive treatment in this stage.

In stage three, the tumor has grown and may have spread to lymph nodes and muscles, but not organs.

Finally, in the last stage, the cancer has spread past the lymph nodes and into the muscles, brain, lungs and/or liver. It is incurable but can be considered treatable depending on technological advances.

“I actually went to the doctor and she taught me on what to check in regards to breast cancer,” Njemo said. “Sometimes we won’t get checked out by a doctor for years and what people don’t realize is that triggers or certain things until it is too late.”

There are many symptoms to look for when determining if someone has breast cancer. Symptoms may include breast pain, lump in the underarm, nipple discharge and swelling of all or part of the breast.

Hylesinta Ali, junior mechanical engineering major, believes that breast cancer is awareness is beneficial to everyone, not just women.

“I just think that general awareness gives people a better perspective and insight on breast cancer and what it is,” Ali said. “People will be better educated and be more considerate to the issues.”

There are various organizations on the Georgia Southern campus that are raising awareness about breast cancer. On Saturday, Oct. 22 from 9 a.m. to 1 p.m., GS’ Zeta Phi Beta Sorority Inc. will be hosting StrideZ in Pink, a 5k run/walk, starting at the RAC.

More breast cancer awareness month events and activities and be found on the myInvolvement page.