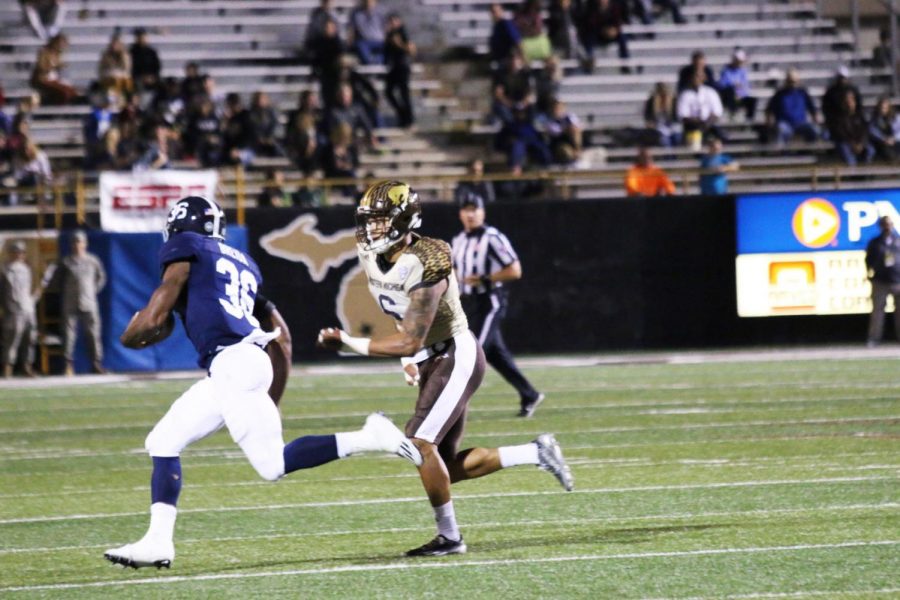 The Red Wolves entered the season in many eyes as either the favorites to repeat as Sun Belt champions or at least to at least finish in the top three along with Georgia Southern and App State. After a perfect 8-0 conference record last season and with plenty of starters coming back, it wasn’t a bad guess.

However, the Red Wolves have sputtered out of the gate to an 0-4 start, with losses coming to Toledo, Auburn, Utah State and most recently against FCS Central Arkansas.

This is still a talented roster. There are playmakers on both sides of the ball capable of influencing a game. The Red Wolves have had a few extra days to prepare for GS’s option offense, although GS has had the same extra time to figure out how to attack their defense. Despite the bad record, they’re not a team the Eagles are going to overlook.

“They certainly have as much talent as anyone we’ve seen all year. An 0-4 football team with their backs against the wall? That becomes the scary part,” Tyson Summers, GS head coach, said.

Offensively, nobody has really stepped up in rushing attack for the Red Wolves. Warren Wand is their leading rusher with 58 yards per game. As a team they average 80 rushing yards per game. Not being able to establish a presence on the ground has been the reason for their anemic offense.

Defensively, the team has given up over 30 points in every game this season. Auburn and Utah State have well-rounded offenses, but the Red Wolves aren’t forcing the opposition to commit turnovers like it did last season. They have just four takeaways so far after forcing 34 last season. With the offense playing so poorly, they need their defense to help out and create some points of their own.

The Red Wolves also have a knack for shooting themselves in the foot with penalties which cost them about 77 yards a game. They’re second in the conference behind Troy.

The last time GS and ASU played each other was 1986 in the NCAA 1-AA National Championship game. The Eagles won that game 48-21 with Tracy Ham’s four touchdowns and 486 yards of total offense.

However, Summers doesn’t expect this game to be another a blowout like it was 30 years ago.

Summers said, “I know they’ve been itching to play us for the last two seasons. I know we’ll get their best effort.”