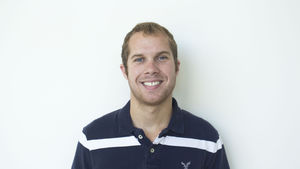 App State leads the rivalry series 16-13-1, but haven’t historically played well in Paulson Stadium. The Eagles have won seven of the last 11 games, including the 2014 contest which saw them dismantle the Mountaineers 34-14.

But App is rolling so far this year, and come into the contest with plenty of confidence and ability. They won the meeting last year, and are looking to repeat and prove that they are the better team since transitioning to the FBS.

Tyson Summers understands what’s at stake, and how much this rivalry means to the players and fans. A win here could spark another run towards a Sun Belt title. A loss would put the Eagles two games behind first place.

“There are certain rivalries that people try to quell to some degree, but that’s not here,” Summers said. “That’s certainly not at App State either I don’t think.”

The Eagles are looking to avenge last season’s loss in a game where App State closed the gaps and held GS to just 13 points. They should be helped by a home crowd that will be glad to be back in Paulson; it’s been 40 days since we last filled the stands here.

Let’s be clear: this is a must-win for both teams. App State is looking to keep pace with Troy and Arkansas State and can’t afford to fall a game behind this late in the schedule. Also, GS is trying to make up ground in the standings after losing to Arkansas State.

The Eagles will need to play their best game of the season to take down the Mountaineers, a team who might be the most balanced in the conference. Whatever happens, expect another battle.

My prediction is Georgia Southern over App State 20-17.