A family tradition: One son follows in his entrepreneur father’s footsteps 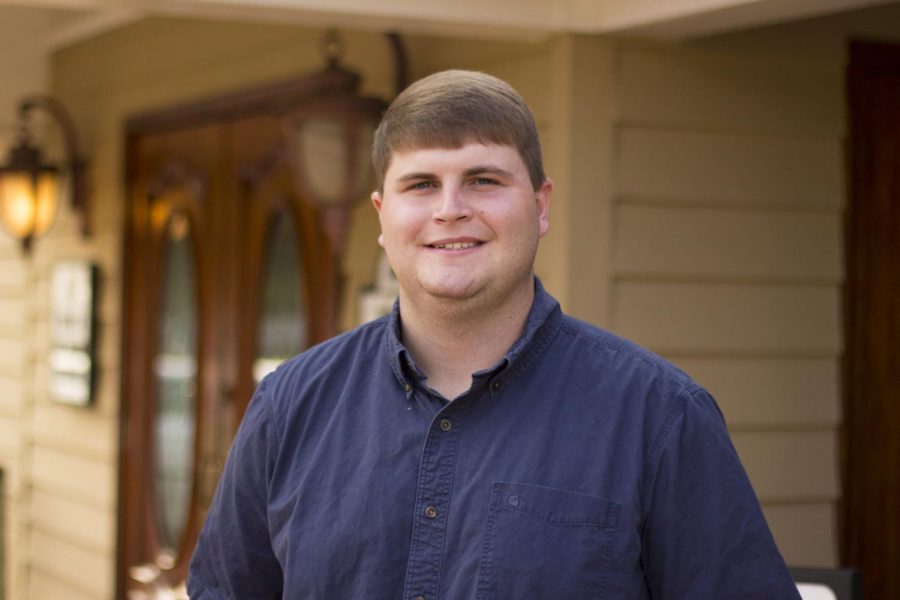 Statesboro restaurant R.J.’s Grill was set to close on Sept. 4. The restaurant, located on South Main Street, had been open for 35 years.

However, local restaurant owner Stacy Underwood purchased R.J.’s from owner Randy Nessmith in August, therefore sparing the restaurant from closing its doors. Underwood took over ownership of R.J.’s on Sept. 1.

Underwood’s son, John Underwood, aspires to work in the restaurant business like his father. John is a 2014 Statesboro High School graduate and junior finance major at Georgia Southern University.

John Underwood primarily helps with the catering aspect of R.J.’s, which is a big part of the restaurant. He helps transport the food into the catering vans and deliver it to different clubs and businesses.

“It [R.J.’s] has been different. It’s the first true sit-down place with waitresses and stuff. It’s a little different menu than fried chicken and hamburgers,” John Underwood said.

While John does help out at R.J.’s, he is primarily interested in taking over Uncle Shug’s Chicken Barn.

“I either run orders out or I cook hamburgers and cook chicken. I do a little bit of everything, whatever they need,” John Underwood said.

He prefers to work at the chicken barn, because it is easier to produce the chicken products.

“My interest is more with the chicken barn, trying to make that business grow. I want to maybe make a few more locations and see how big we can get it,” John Underwood said. “I feel like it’s a concept that you can copy. You can have more than one location and copy it.”

Underwood first became interested in Uncle Shug’s back in January. He saw that the restaurant was a good business and opportunity as he grew personally and thought more about possibly owning it.

Underwood has assisted his father with Uncle Shug’s Chicken Barn since his childhood.

Now, Underwood will continue to work under his father for a few years before he moves up in the family business.

Understandably, most of Underwood’s time and energy have been focused on the newly-acquired R.J.’s. While the staff there has helped him get acquainted with the restaurant, people at his other businesses have also helped him out.

“He [John] has got my back from hanging out at Uncle Shug’s and working there. My people at Uncle Shug’s, Ronnie’s, and the barbeque place down there, all those people stepped up and helped me. They knew I couldn’t be everywhere,” Stacy Underwood said.

According to John Underwood, his father could not imagine a Statesboro without R.J.’s Grill.

“Whenever he decided to go ahead and get it, I was happy for us and I feel like it’d be a good thing, and make a lot of other people happy, too,” John Underwood said.

Many loyal customers of R.J.’s thanked Stacy Underwood for purchasing the restaurant. The people working there were also very appreciative of him sustaining R.J.’s.

“RJ’s was about to close down, and they were losing their jobs. When they lose their jobs, they’re losing their income. They were going to have to go out and find another job,” Stacy Underwood said.

Restaurants like R.J.’s can also be meaningful to Statesboro as a whole, not just to R.J.’s customers and employees.

John Underwood said, “They [local places] help define us.That’s what makes towns unique, different restaurants that are owned by local people. You get a taste of different cities. This [R.J.’s] is a landmark of Statesboro.”