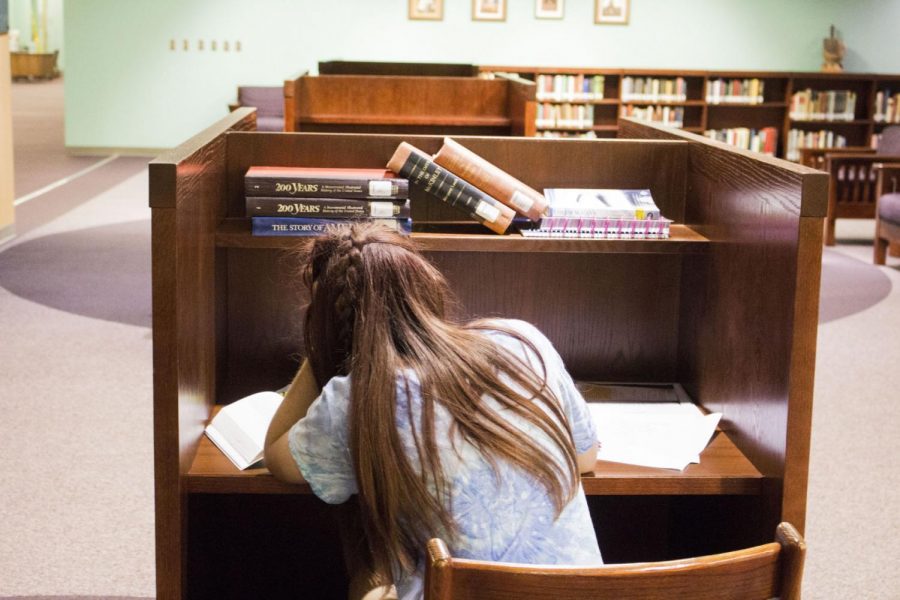 Many college students are juggling full time studies and also dealing the fact that they are homeless. In Statesboro, there are very limited resources for potential homeless college students.

Georgia Southern University is home to many things, but according to a 2013 report by the National Alliance to End Homelessness’ website, the school might be home to something else entirely: homeless students.

Over 56,000 college students that reported that they were homeless on the Free Application for Federal Student Aid (FAFSA). That number is more than double the total number of graduate and undergraduate students that were enrolled at Georgia Southern University in 2015, at 20,459.

Though it is unknown just how many homeless students attend class at GS, there is likely at least one student among the more than 20,000 students that attend classes here that has no place to stay and also has to juggle attending classes and studying..

There are very little on and off campus resources for current students that are potentially homeless according to Mark Whitsel, associate dean for student advocacy.

“There are limited resources in Statesboro for people. Part of state institution stuff is that they’re very restricted on what kind of benefits [the university] can give out,” Whitsel said.

This fact, however, could be changing. Earlier this month, Kennesaw State University (KSU) opened up emergency housing for students at risk of homelessness. Students are able to stay in a one bedroom apartment for up to 14 days, according to the AJC.

When asked if he thought GS would be interested in opening up housing like KSU, Whitsel said that he’d would like to see more Statesboro based help, rather than just the university.

“The best thing would be more community based things because I think that it’s not the first thing people think about sometimes when they think of homelessness. They don’t necessarily think about a college student in that situation,” Whitsel said.

Not only is housing a problem, but so is food. The Dean of Students office has seen a couple of students that have requested aid for food, rather than housing.

“I’m aware of maybe two or three cases in the last year where [lack of food] was a piece of someone’s situation as well. I wouldn’t say that I’m aware of a large number but I would say that students have other issues. There are situations out there [the Dean of Students office] might not know about,” Whitsel said.

Although there is a lack of resources in Statesboro for homeless students, there is a program geared towards giving emergency funding to student who are in need, and this could be put towards housing. It’s called the Eagles for Eagles program.

Ran by Solomon Crawford, graduate assistant for Eagles for Eagles, the program is a Student Government Association (SGA) initiative that has been around since the 2011-2012 school year.

Students are allowed to apply for up to $1000 in emergency aid to go towards whatever they need money for at the time.

“If you apply and get [money] for the fall and you try and apply for the spring to get [money] again, it doesn’t work like that. We hope that [requesting aid] is one time your whole college career because it is a hardship,” Crawford said.

The aid doesn’t show up as apart of your financial aid package, rather it depends on where the aid is going. For example, if the money will be used for paying off a balance on a student account, individuals in the program will contact the appropriate office and make sure that the money makes it to the right place.

The most important thing about the Eagles for Eagles’ program is that it is fully funded by students. Even GS events, such as GS Idol and Doo-Dah Step Show, have given 100 percent of their proceeds to the Eagles for Eagles program, according to Crawford. So have various Greek organizations.

“We don’t try and reach out to alumni because they already give to the university as a whole. Everything that we use is from students,” Crawford said.

In the future, Crawford would like Eagles for Eagles to expand even further.

Crawford said, “We would like for the [program] to grow to where everybody knows about it. Really branding it to the whole campus because if we could really get the word out there and every student on this campus gave a dollar, we could have 20,000 plus dollars in the account.”