Around the Sun Belt Week 3 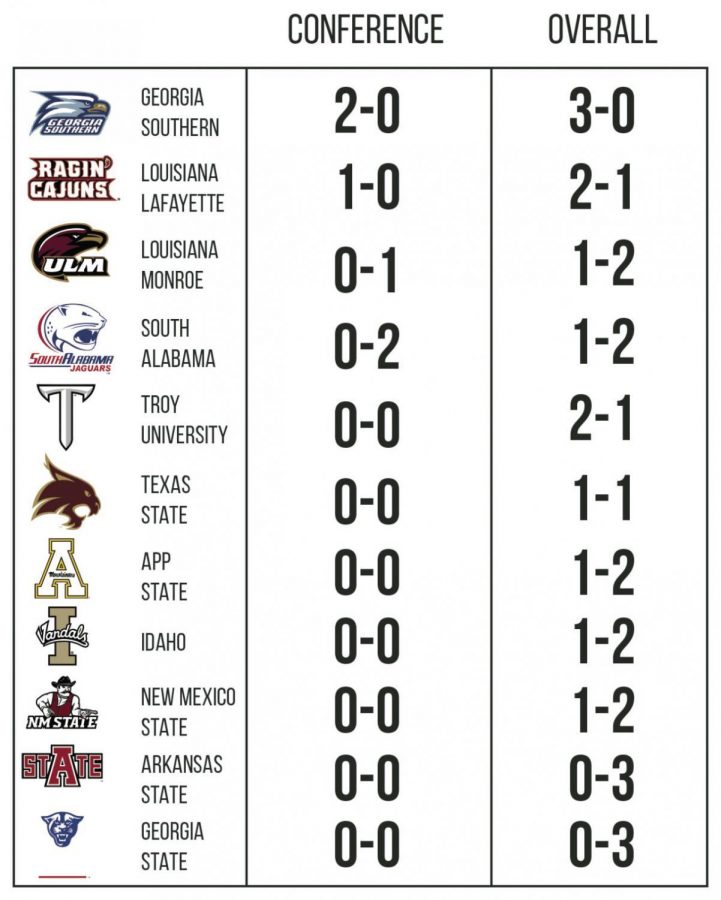 For the third week in a row, a team from the Sun Belt took a Power 5 foe to the wire. This week, it was our neighbor from up north, Georgia State.

The Panthers went up to Madison and had a 17-13 lead on the Badgers with eight minutes left in the game. But the Panthers couldn’t hold on, and wound up losing 23-17. The Panthers played pretty well, and will look to build off that momentum as conference play begins.

The big win this weekend came from Troy, as they went to Southern Miss and took down the Conference USA opponent. Southern Miss was undefeated, so this was a pretty big upset for the Trojans.

Appalachian State had arguably the biggest game in their program’s history, as they hosted the University of Miami. It was the most high-profile team ever to come to Boone and the Mountaineers responded with an all-around poor performance on their way to a 45-10 beat down. The Moutnaineers are better than what they showed on Saturday, and should rebound from this loss.

Another thing to watch for is the spiraling Arkansas State Red Wolves. They came in as favorites in many people’s eyes to repeat as conference champs, but they’ve yet to earn a win. This week, they fell to Utah State. Their highly touted defense has allowed at least 30 points in every game so far.