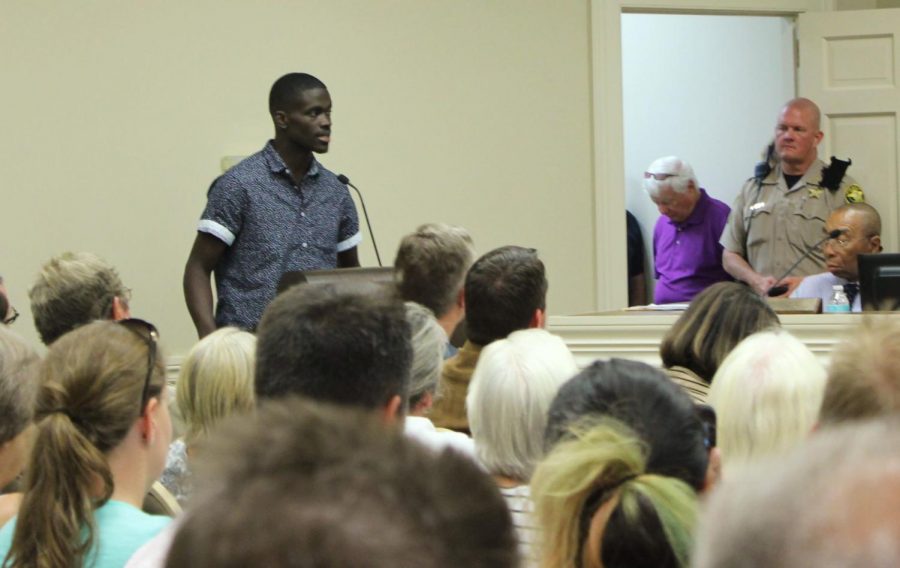 James “Major” Woodall is an ambitious 22-year-old with five years in the military, an undergraduate degree in Political Science on the way, and a campaign for State Representative currently in progress.

“I have a desire to move forward unified. Our leaders now don’t have vision. I was given a vision at the tender age of eight years old of family, home, unity,” Woodall said.

Woodall is known for his presence and encouragement of those around him, despite having such large dreams himself.

Kierra Nixon, senior biology major, met Woodall at a party. She said Woodall has a beautiful plan to implement change, and he’s determined to make the world better and always encourages his friends to keep going and reach for their own dreams.

Despite hailing from just outside the Atlanta area, instead of Bulloch County, Woodall is drawn to Statesboro and the people it holds.

“There’s something interesting about here. My defining moment was the petition to remove the Confederate statue. It wasn’t even about the statue for me, the win or loss, but about the people who were passionate about the issues,” Woodall said.

According to Woodall’s website, he is focusing on education, economics, and environmental issues for his campaign.

“He listens and he is forthright and strong in representing [local people]. He’s going to do a better job of listening to the people in this region in District 160 and representing them, not representing something some big corporation in some legislation people buy into,” Jane Page, a retired GS faculty member and local reverend, said.

Specifics include less emphasis on standardized test-focused curriculum, expansion of Medicaid and restructuring of the Affordable Care Act, and opposition to a rezoning of agricultural land into industrial and commercial areas.

“He is young. He’s in the minority in terms of being African American, and our state legislature is mostly white. He’s a Democrat; it’s mostly Republican… I don’t see nay of that changing right away, but he does have a compelling presence that I think folks will listen to. That might make a difference,” Page said.

This week, Woodall and some of his team can be found at the Rotunda encouraging students to register to vote and talking to students.

“We are trying to engage younger voters by using social media as much as possible,” Woodall said.

Although Woodall is the youngest candidate to run for state office this election, he does not consider it a disadvantage to his prospects.

Woodall said, “I’m not so set in my ways that I won’t learn and grow. It benefits people that they have someone they can count on to listen.”