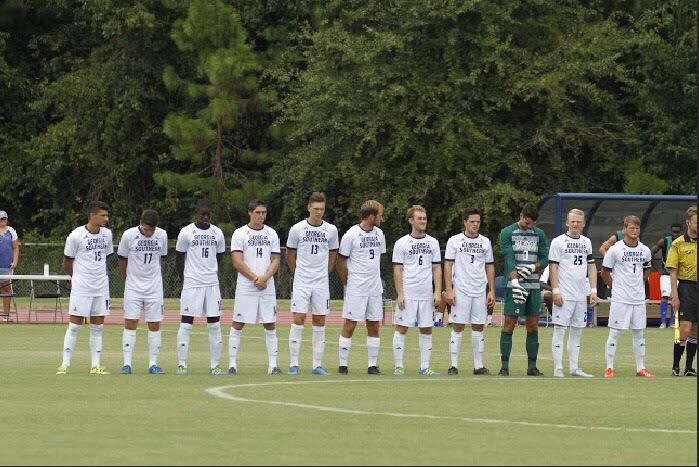 The men’s team won their road game Saturday against Mercer 2-1 after coming off an overtime loss at South Carolina earlier last week. The women’s team lost their conference opener on the road to South Alabama 0-5 Sunday afternoon.

The men’s team gave up an early goal to Will Bagrou of Mercer in the second minute of the game giving them the early lead. Then, the Eagles scored an early goal of their own by Blake Wilson in the third minute.

Later on in the game, Wilson added to his tally of goals by putting the ball in the back of the net for his sixth goal of the season.

This game puts the Eagles at (3-3-1) for the season as they look to build off their win in their next game.

The women’s team went down early in the first half losing 1-2 against UL Monroe on Thursday evening. South Alabama proved too much for the Eagles offensively outshooting them 25-2 on Sunday afternoon.

They are now (3-5-1) this season and they look to bounce back from their three-game losing streak returning home for a four-game stretch.