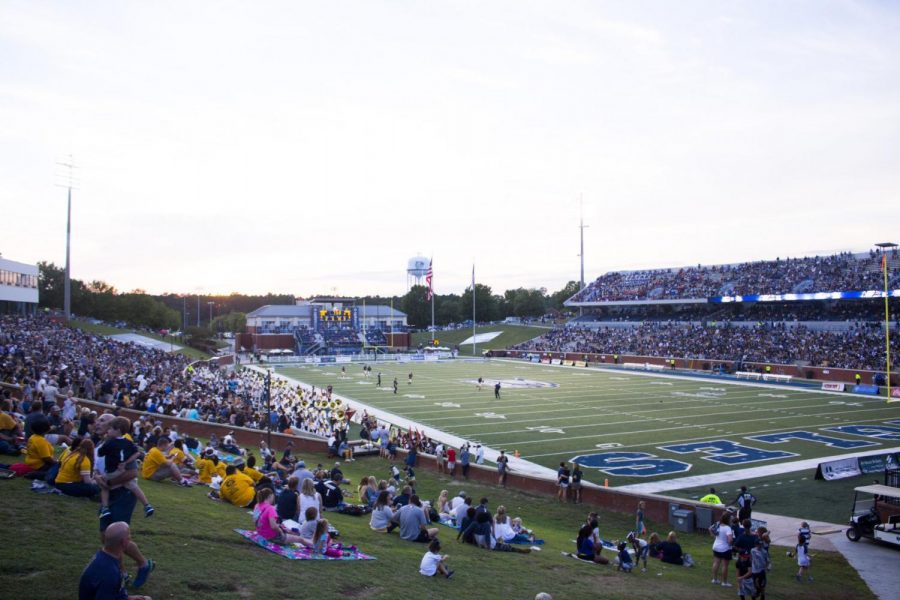 The game this Saturday against ULM will be the last time we have a home game until Oct. 27 when we host Appalachian State. And even that is a Thursday night, so it’s not even a proper Gameday.

The Georgia Southern football program is about to endure one of the longest road stretches in the history of the program. It will be a whopping 40 days from after the final whistle blows until we get to fill Paulson Stadium again to cheer for the Eagles. In that 40 days, GS will play four road games and have a bye week.

Luckily, one of those road games is against Georgia Tech in Atlanta, a location that is well within driving distance from Statesboro. This is also the only road game during the stretch that’s in the southeast part of the country. Students in need of a GS football fix can easily make the three-hour drive north to Bobby Dodd Stadium to watch the Eagles take on the other Georgia team that plays in Atlanta.

Another big game in this stretch will be on Oct. 5 when the Eagles travel to Jonesboro to take on defending Sun Belt Champs Arkansas State. That’ll arguably be the toughest conference game of the season. Fortunately, the team does get a bye week before that to rest and prepare. That extra week could go a long way in helping them recover and game plan for the Red Wolves.

So take advantage of this weekend. Go extra hard at the tailgates before the 6 p.m. kickoff. Show up loud and ready to cheer on the Eagles for four quarters. That’s right, four quarters. Don’t leave at halftime to go drink more at a bar or house. We’ll have 40 days to drink at home or at Gnats or Gata’s or wherever. Take this opportunity to enjoy 60 minutes of GS football as they take on the Warhawks, the same team that the Eagles beat in Paulson to win the Sun Belt trophy outright in 2014.

See you on Gameday.