The George-Anne Media Group • May 29, 2020 • https://thegeorgeanne.com/646/news/the-new-student-organization-thats-keeping-statesboro-squeaky-clean/ 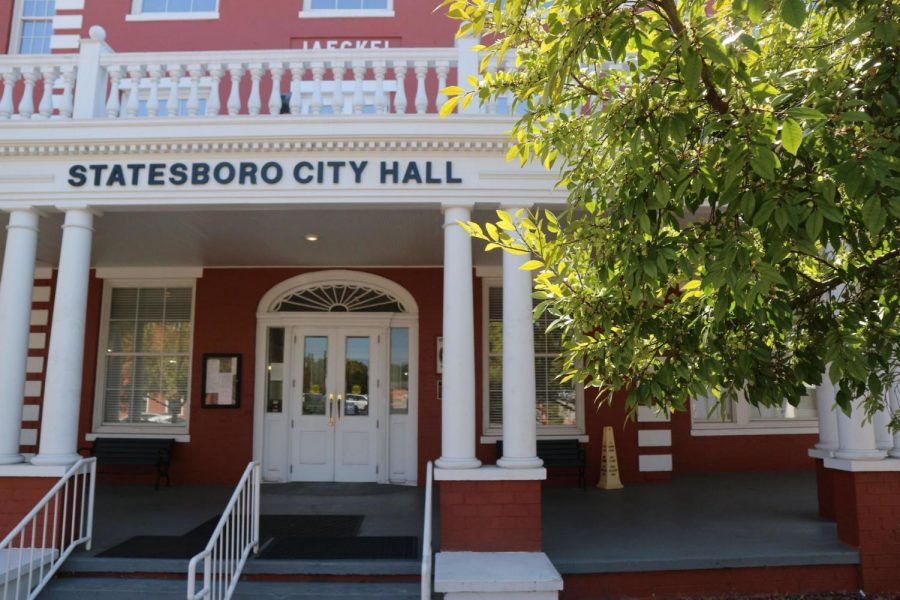 STATESBORO — After being inspired by the Tybee Clean Beach organization that’s dedicated to removing the trash left behind by beachgoers, a Georgia Southern student is building her own non-profit clean-up organization called Keep Clean.

Kelly Clemmons, a junior, said the organization coordinates clean-up sweeps of heavily polluted areas that have been brought to their attention.

These areas can be anywhere within an hour drive and are generally heavily populated, high-traffic areas.

Keyara McDowell, a member of the club, said that often they will find bulks of litter in places where people take their breaks from work. Many may smoke a cigarette and toss the butt on the ground for someone else to pick up.

In their latest sweep in Pooler, Georgia, six volunteers spent a few hours picking up eight full trash bags worth of litter from the area, but they didn’t stop there.

They separated the recyclable plastics and glass from the trash, and even put the cigarette butts into their own bin to be sent off and recycled into other items like shipping pellets.

Since the organization is in its beginnings, Clemmons is working on creating an image for Keep Clean. She’s giving out free t-shirts to those who volunteer and maintain their Facebook, Instagram, website where they post before and after pictures of areas they have cleaned and announce future sweeps.

Keep Clean provides all volunteers with gloves, buckets, water, and snacks at every sweep- most of which Clemmons is paying for out-of-pocket.

The organization has received some donations, but Clemmons has plans to eventually pitch the organization to the City of Statesboro for help with their growth.

Leighanna Bunton, another member, said she joined because of all the trash she sees around and said her experience in the organization so far has been very fulfilling.

“It’s only a few hours a week to help animals in the area and help the community,” says Bunton.

She says her most satisfying experience was picking up 150 bottle caps on their last sweep since they seem so small and insignificant but could really hurt an animal that might come across one.

The organization meets at least once a week for a mandatory clean-up every Sunday and those that volunteer can have their time cleaning up go towards any community service hours they may need.

Clemmons said the sweeps take no more than three or four hours, and added that, afterwards, it feels amazing.