Ushering in a new era 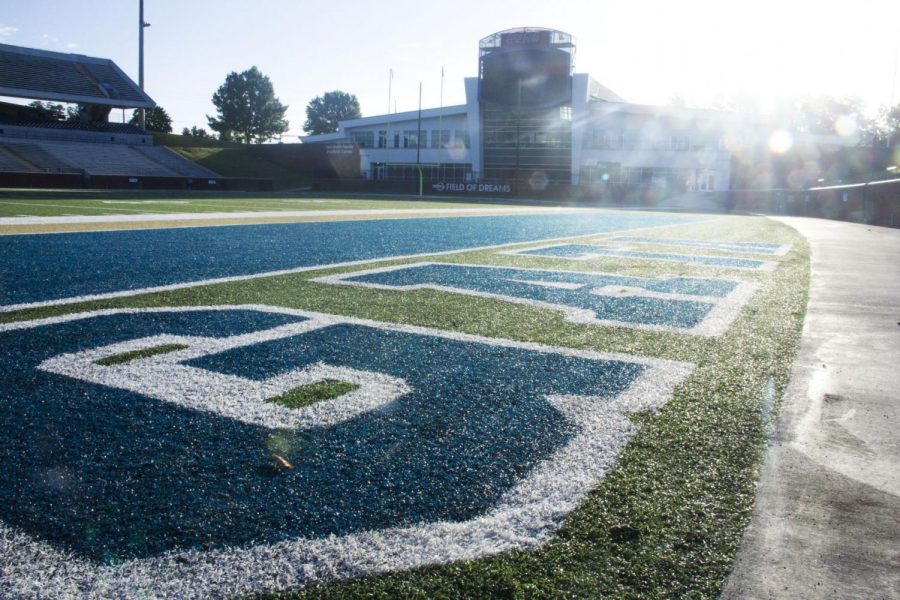 A new era will begin this Saturday when the Georgia Southern Eagles open their season against Savannah State on the new turf field at Paulson Stadium. The football program, much like the stadium, has gotten a face-life over the past few seasons.

The program officially made the long-awaited move to the FBS in the 2014 season. With the move came the need for bigger and more modern facilities. The $10 million Ted Smith Family Football Center was completed prior to the season, giving the players and staff a central site to operate out of. An upper-deck was added on the visitor’s side to accommodate more students and fans.

The Eagles took the FBS by storm in its inaugural season and swept the Sun Belt, winning the championship outright in a thrilling game against UL Monroe at Paulson. When the final whistle sounded and the fans rushed the field, it was a statement from both the program and the university that GS had arrived and that they would be a force to reckon with in the FBS.

So now, as the team is set to begin the season with a new coaching staff and a new field, we can look forward to what is to come for the program.

Tyson Summers has said the team will run the traditional spread option offense and play hard-nosed ball on defense, two things that GS fans are accustomed to. Freedom still makes his flight over the stadium before kickoff, the yellow school buses still shuttle the players to Paulson and Statesboro is still the place to be on a Saturday in the fall.

This coaching staff likes to make practices and scrimmages physical, choosing live speed, full contact workouts over walkthroughs. One thing is certain: this year’s team should be the more physical squad every time they step on the field.

The 2016 roster is full of seniors. This will be the final season we get to watch players like Matt Breida, Kevin Ellison, Favian Upshaw, BJ Johnson III, Andy Kwon, Ironhead Gallon, Jay Ellison, Darius Jones and others wear the blue and white uniforms. This is the last class that was apart of the historic victory over Florida and has been a key part of the successful transition to the new conference, and they’re looking to leave behind a winning legacy in their final season together.

But this season could be one of the toughest to date. The Eagles will play the best in the Sun Belt in Arkansas State and Appalachian State while also making trips to ACC power Georgia Tech and to one of the best programs right now in the SEC in Ole Miss. Navigating this brutal slate will be a challenge, but one that Summers and his team are ready to face.

So how will this season play out? Nobody knows, of course. It’s college football, and anything can happen on any given Saturday. That’s the beauty of it. All we can do as Eagle Nation is fill the stands on game day and cheer on our team.