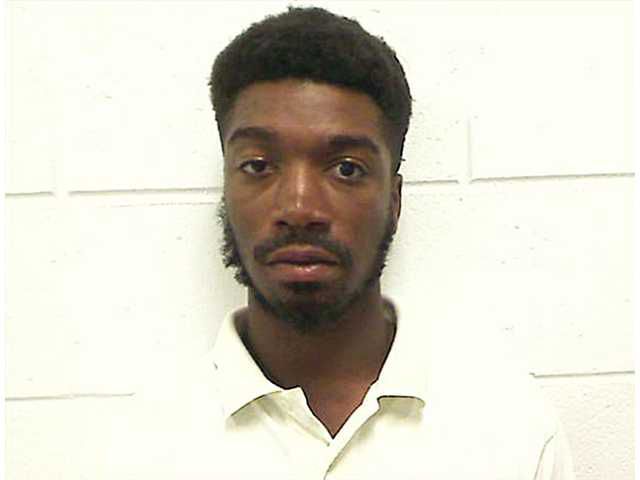 An armed robbery and an assault against a police officer took place Sunday night in the Renaissance Apartments on Chandler Road. Two out of three suspects were taken into custody, and the Statesboro Police Department is investigating the incidents.

The two suspects in custody are James Prescott, 23, and Troy Randall, 23, according to a press release by the Statesboro Police Department. They were both charged with one count each of armed robbery, aggravated assault, aggravated assault against a law enforcement officer, criminal damage to property in the 2nd degree, possession of a firearm during the commission of a felony and possession of a firearm by a convicted felon.

According to a press release by the Statesboro Police Department, two officers from the Georgia Southern Police Department located the suspects in Chandler Heights Apartments and pursued them on foot.

During the foot pursuit, one of the suspects fired a shot from a handgun at one of the officers. Neither officers sustained injuries from the gunshot, which damaged an unoccupied parked vehicle.

After an extensive search assisted by the Statesboro Police Department’s Emergency Response Team, the Statesboro Bulloch Crime Suppression Team and Bulloch County Sheriff’s Office K9, two out of three suspects were taken into custody without incident.

No Eagle Alert was released regarding the armed robbery and search.

“I got more information from Twitter than from the school about everything going on… It’s irresponsible of Campus PD. They should let students know about what’s going on on campus,” Wesley Duncan, junior civil engineering major, said.

According to Grace Rankin, sophomore psychology major, police officers at Freedom’s Landing declined to release any information to the residents at the dorms.

“I got home around 11:30 last night, and when I was getting home, I parked my car, I saw a police officer walking towards me… I looked at him, and as I was getting out of the car, he passes me. He doesn’t say a word to me, mind you. And at point I’m thinking, ‘There’s something not right,'” Rankin said. “When [students] tried to approach the police [to ask what was happening], the police said, ‘You probably shouldn’t follow the police cars. You should probably go where the police cars aren’t.'”

Rankin said that the police officers in Freedom’s Landing never said clearly what was happening and that the lack of an Eagle Alert frightened her.

“I listened to the police scanner for at least two hours, and I heard there were helicopters, and there were dogs. Honestly, when there is a situation late at night involving helicopters and police officers and all units of police, and they don’t send any information… I could’ve been where [the suspects were], and I would’ve had no idea.”

“I’m a freshman, so I don’t have a choice to live on campus or not. And if they don’t tell me what’s going on, then I don’t feel safe,” Moore said.

Jan Bond, associate vice president of marketing and communications, could not be reached for comment. However, Jennifer Wise, GS director of communications, released the following statement in an email:

Laura McCullough, Chief of Police at Georgia Southern University, declined to comment on the lack of an Eagle Alert.

The armed robbery case has been turned over to the Criminal Investigations Bureau and assigned to Detective Tommy Brown, according to the press release by the Statesboro PD.

Anyone with information concerning this case is encouraged to contact the Statesboro PD at (912) 764-9911, or submit an anonymous tip through tipsoft.com, or text “TIPSSPD plus your message” to 274637 (CRIMES).

Erin McGuiness contributed to this report.