Bash in the Boro volleyball tournament 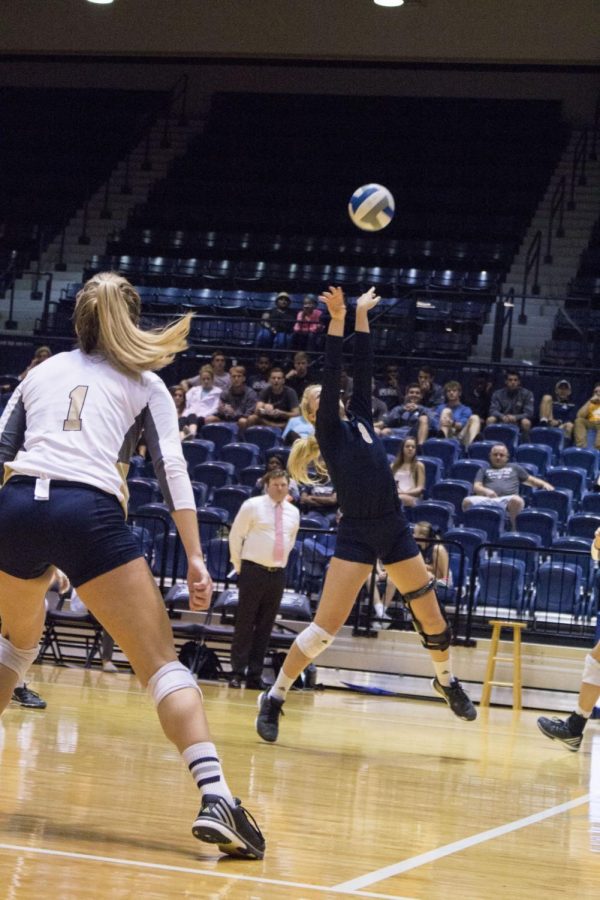 This Thursday, the Georgia Southern volleyball team kicks off their home opener by hosting the Bash in the Boro volleyball tournament. This tournament will feature Jacksonville State, Charleston Southern, The Citadel and Savannah State.

“We are going real hard this week. We just got back from Penn State and we have a lot to learn from that,” Alex Beecher, defensive specialist, said.

GS is looking to add a tally to win the win column this weekend after starting out the season 0-3 at the Penn State classic. The Eagles are led by Redshirt senior Alex Beecher. Beecher set the all-time digs record at Georgia Southern in three seasons and was named to the 2015 second-team All-Sun Belt. Digging is a defensive term in volleyball where a player prevents the ball from hitting the floor after being spiked.

“I just want to push everyone to give their all every day together, because If we are not going hard 100 percent all of the time we can’t win,” Beecher said.