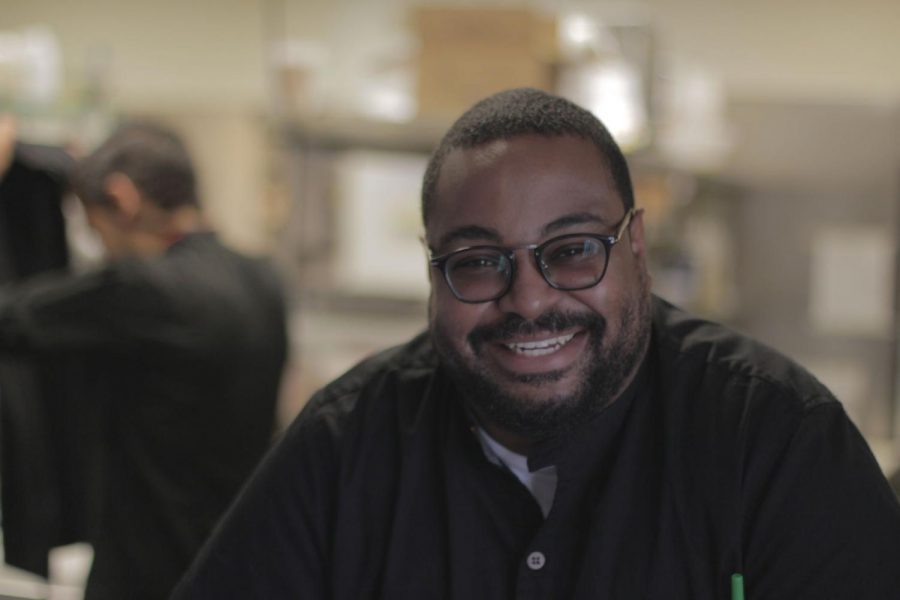 Statesboro is very accustomed to losing local restaurants and bars. Though the recent closing of a highly-rated town favorite, 441 Public Kitchen and Bar, has many uneasy, you can now find its owner and his classic dishes elsewhere.

Located under the Holiday Inn hotel in Statesboro is a hidden little establishment called Emma’s Restaurant and Lounge.

The restaurant has been there for roughly eight years now, and has seen many chefs come and go. After Emma’s lost its opening chef, many have failed trying to fill those vacated shoes, until now.

Chef Seni Alabi-Isama is now the head chef for Emma’s. Alabi-Isama previously owned 441, until it closed on July 14.

“It’s just business. Sometimes, things aren’t the way you believe them to be, and things are out of your hands,” Alabi-Isama said.

Emma’s manager, Jasmine Leach, is enthusiastic about Alabi-Isama working with her and her colleagues.

“He has a huge following. He’s really talented and he brings a lot to the table,” Leach said.

Alabi-Isama was born in Nigeria, and has lived in London, New York, Houston, Miami and Atlanta.

He met his wife in high school in Atlanta, and they attended Georgia Southern University together, where he majored in English and history. He’s been in Bulloch County for about 13 years now.

Alibi-Isama owned South and Vine Public House, and after it caught fire and burned down in August 2014, started 441 Public Kitchen and Bar.

He prides himself and his business on consistent and refreshing dishes and plans on bringing similar service and atmosphere of 441 over to Emma’s.

When it comes to satisfying his customers, the chef doesn’t necessarily focus on a set style, besides hand-making everything the kitchen possibly can. Whether it is a stock, dressing, condiment, or even muffins and bread, it’s the kitchen’s own recipe.

When switching over to the bar, he promises the same amount of special care that’s given into the food.

“We treat our bar the same way we do our kitchen. It’s a pre-prohibition style, with no pre-made mixers, artificial, high-fructose colored things, its fresh juices, fruit, and nonstandard distilled products, some you’ve probably never heard of,” Alabi-Isama said.

Alabi-Isama shops locally and organically and only ships over those special products, like aged cheddar from Vermont. Though ‘shop local, buy local, eat local’ is a popular and catchy term, Alabi-Isama says he actually goes that extra mile to make sure his kitchen and lifestyle reflect that.

“If your neighbor has it, why not buy it? It doesn’t make sense to me if someone’s growing produce down the street, then I should buy produce from California,” Alabi-Isama said.

The chef has a similar opinion about attending local restaurants.

“Support your local businesses, your downtown businesses. The only voice you have is your dollar. Where you spend it tells people what you value,” Alabi-Isama said.

Some of Alabi-Isama’s dishes and drinks have received high applause, like the 2016 Foodie Award for best Shrimp and Grits and recognition on cocktails from Jack Rudy Cocktail Co.

With all of this to bring to his new current home, Alabi-Isama is looking forward to working with Emma’s and its small, intimate feel.

Alabi-Isama said, “Cooking, feeding people, being a part of celebrations and milestones, that’s probably the best part about this. You miss a lot of your own family gatherings, but you get to share those with others.”