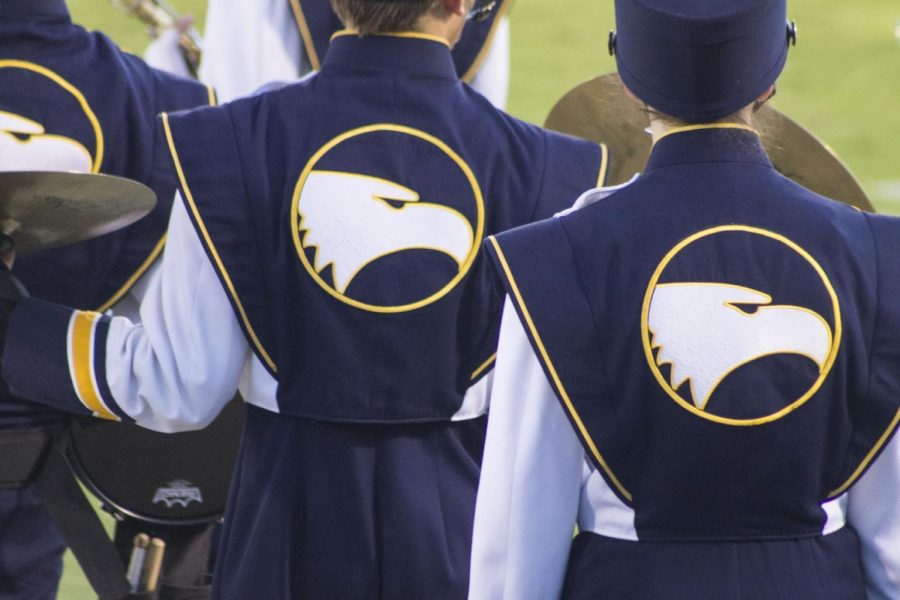 “I will most miss the wonderful students with whom I had the privilege of working with every day. They made my Georgia Southern experience incredibly special,” McKenzie said in an email to the George-Anne.

During McKenzie’s time at Georgia Southern, he was the director and administrator of all of the aspects of the Southern Pride marching band and Hoop Troop athletic bands. McKenzie also assisted with management of the Georgia Southern University Band program.

“[McKenzie] was always very good about expressing the clear vision of the band,” Tim Kintzinger, assistant director of bands and athletic bands, said.

Kintzinger has been an assistant director for three years and has never worked under another marching band director. As far as he is concerned, everything will be the same for the marching band.

“Business is as usual. Nothing has changed and nothing will change for probably the next two years,” Kintzinger said. “A decision has been made that everything will remain the same.”

There will not be any major introductions or changes to any large scale traditions.

On June 28, the Georgia Southern University Southern Pride Marching Band announced in a Facebook post that Derek Shapiro would be the interim associate director of bands and director of athletic bands. He was selected by a committee through a national search.

Shapiro comes from the University of Missouri at Kansas City, and currently has his doctorate in conducting.

Trevor Goody, senior music education major, was very emotional when he learned that McKenzie would not be returning.

“[McKenzie] was a father figure to me while I was away at school. I could freely talk to him about life problems, musical questions, or just sit in his office and share a laugh or two,” Goody said. “Even with McKenzie at [the] University of Southern Mississippi, we are still continuing on the path he set for us to grow into an amazing ensemble.”

Many other band students share Goody’s feelings about the loss of McKenzie.

“Dr. McKenzie was one of my favorite professors. He was not only my professor but he was a mentor, father figure, counselor, adviser and most importantly, friend,” Oluwatito Osibodu, second year graduate assistant, said.

Osibodu serves the band in a multitude of ways. He corrects and encourages band members on the field during rehearsals and also assists and conducts the concert bands here at the university.

“It really hit me during band camp this past week when we first played one of my favorite pieces and I was looking for the giant smile he always gives at the climax of the piece and it never happened,” Osibodu said.

McKenzie understands how many of the band students might feel and wishes that the one thing the band remembers about him is their ensemble experience.

McKenzie said, “I want [the band] to take away an appreciation for the process and pursuit of excellence in all things.”