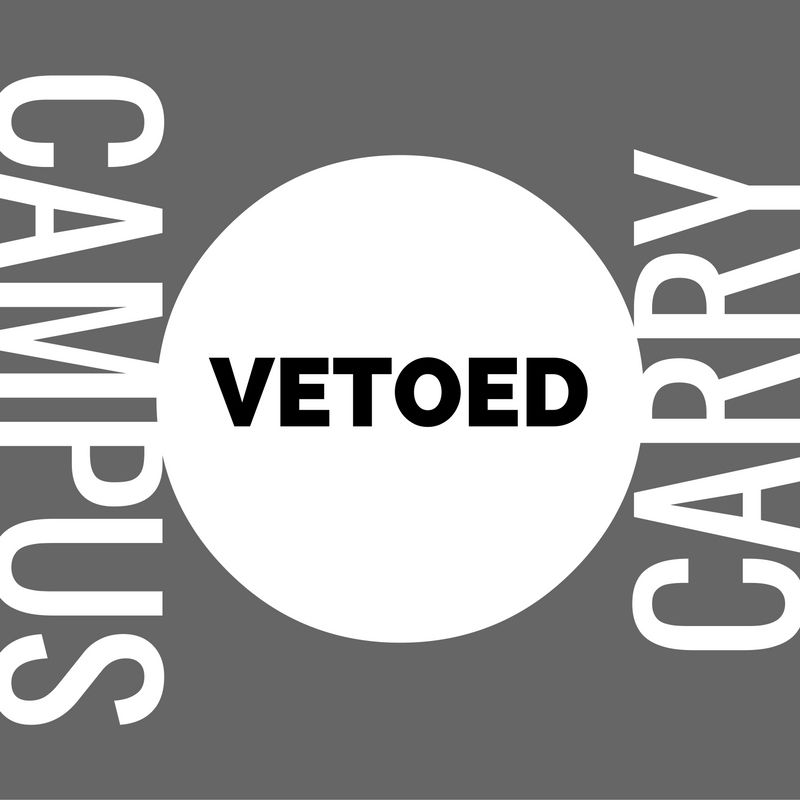 The bill known as the “Campus Carry” legislation was vetoed by Governor Nathan Deal this spring. House Bill 859 would have allowed licensed people over 21 to carry firearms on the property of public institutions and college campuses.

The idea behind the bill was that it would make campuses safer with students who are proficient with guns armed to defend themselves in case of a shooter or other danger on campus.

Governor Deal felt that the bill would not be effective in making campuses safer, saying, “If the intent of HB 859 is to increase safety of students on college campuses, it is highly questionable that such would be the result.”

The bill was introduced to the house on Jan. 27. It passed through the House and Senate by March 11, and was then sent to Governor Deal.

Governor Deal met with the General Assembly to try to make some changes to the bill, including exempting certain places from people being able to carry guns–like on-campus daycare centers, university disciplinary hearings and faculty and administrative offices.

The General Assembly did not meet the Governor’s requests, which led him to veto the bill on May 3.

Governor Deal’s vetoing of the bill was a victory for some. However, Governor Deal signed into law a bill that will allow tasers and stun guns on public college campuses.

For more information, check out these sources: