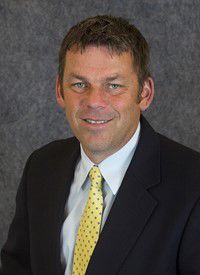 Murphy played basketball until he discovered his passion for soccer his senior year of high school. He continued to play soccer at Massasoit Community College and his team won the national championship in 1986. He then became the soccer coach for Massasoit in 1988.

Murphy grew up with the mentality of wanting to help people and coach. He has been coaching for about 25 years.

“Coaching connects you with the game. Nothing beats playing, but it’s [coaching] the second best thing,” Murphy said.

He has done a lot of traveling in the past for his career and was ready to build a program. While researching, Murphy came across GS and was very pleased with the academics, facilities and social life, but was yet to realize how quickly he would enjoy those elements together.

“When I came down for my interview, I got a nice feel for the place. Since I’ve accepted the job I am actually blown away. It’s actually a better situation than I thought it would be,” Murphy said, “I feel like I’ve been here a while and I’ve been here for a week. I have to keep reminding myself that.”

Coach Murphy’s first game is on Aug. 26 against Houston Baptist. His first home game is Sept. 9 against James Madison.